Following the death of their mother, two brothers undertake an odyssey from Athens to Thessaloniki in search of the father they have never met, in this wry and affecting road movie from Greek director Panos Koutras. 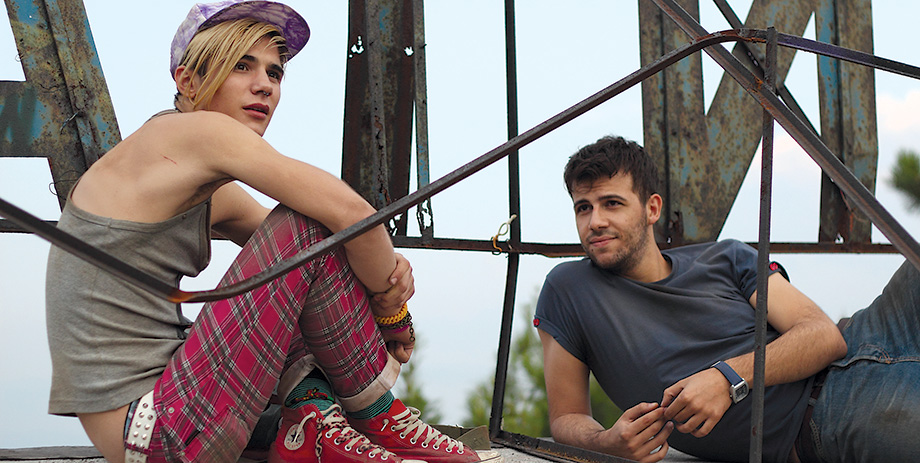 In this joyous and thrilling tour de force from director Panos H. Koutras (whose Real Life was a highlight at the Festival in 2004), two brothers traverse present-day Greece in an attempt to find their father. The country's stark economic realities serve as the backdrop to this delightfully twisted tale, which is filled to the brim with irreverent and provocative ideas regarding such subjects as homeland, familial bonds, and even our notion of what constitutes the self.

After the death of his mother, sixteen-year-old Dany (Kostas Nikouli) leaves Crete to find his older brother Odysseas (Nikos Gelia), who now lives in Athens. With Dany's pet rabbit in tow, the brothers embark on an odyssey that will take them from Athens to Thessaloniki in search of their biological father, a Greek who never married their Albanian mother. They intend to persuade the old man, by pleading or blackmail, to grant them some sort of official recognition (and maybe some money while he's at it) and finally put an end to their stateless status. But the journey has some surprises in store, as they find themselves making arduous repairs to their broken brotherly relationship, and having some surprising encounters with people and ghosts from the past.

Koutras's film is suffused with moments of tenderness, wry humour, and revelations great and small. Xenia — which is Greek for "hospitality" (the title is not without irony) — presents us with a sweeping yet precise examination of a country that, like its two young heroes, is in the thick of a difficult transition, searching for a new identity and new dreams for the future.