A self-destructive woman (Reese Witherspoon) attempts to leave behind her years of drug abuse and reckless sex with a solo, 1,000-mile hike along the Pacific Crest Trail, in this adaptation of Cheryl Strayed’s best-selling memoir from director Jean-Marc Vallée (Dallas Buyers Club). 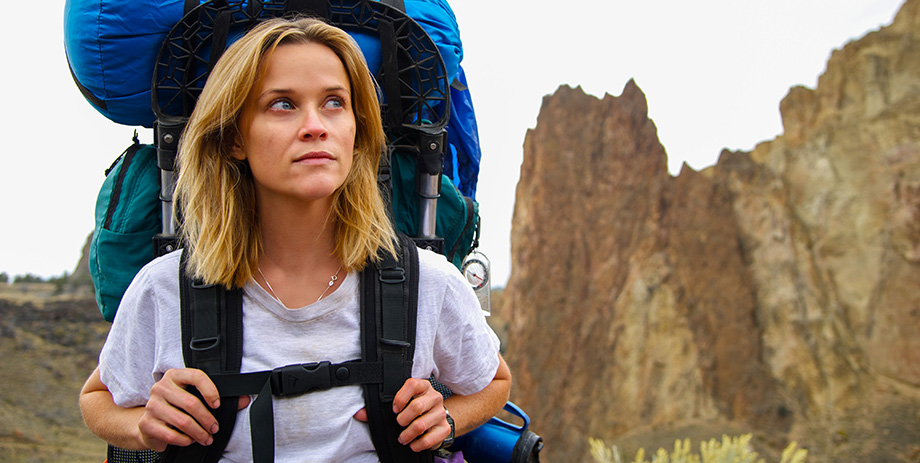 Reese Witherspoon delivers one of the year's best performances in Wild. Adapted by writer Nick Hornby (High Fidelity, About a Boy, An Education) from Cheryl Strayed's bestselling 2012 memoir, director Jean-Marc Vallée's follow-up to his Oscar-winning Dallas Buyers Club is an extraordinary odyssey of loss and self-discovery, powered by Witherspoon's award-worthy characterization. A dramatization of Strayed's solo 1,100-mile hike along the Pacific Crest Trail, Wild is at once an epic cinematic experience and a profoundly intimate personal narrative.

Devastated by the death of her mother from cancer in 1991, the twenty-two-year-old Strayed soon spirals into a deeply self-destructive decline that destroys her marriage and leaves her addicted to heroin. Four years later, in a bid to leave her demons behind, she embarks on a life-changing journey. Wild tells the story of that journey, alternating remarkable moments from the novice hiker's unaccompanied trek with powerful flashbacks of the traumas that triggered her inspiring feat.

Vallée, who is rapidly becoming one of Hollywood's foremost filmmakers, relates these parallel narratives with a dexterous touch, balancing vivid depictions of Strayed's gruelling exertions with instances of heartfelt introspection. Hornby's screenplay, meanwhile, retains the compelling blend of humour and pathos that won Strayed's book such wide acclaim.

And, then, of course, there's Witherspoon — a triple threat at this year's Festival, also appearing in Philippe Falardeau's The Good Lie and joining us for a live onstage Mavericks conversation. Her portrayal of Cheryl Strayed in Wild is every bit as rich as this astonishing true story deserves.