A young, friendless computer geek becomes a most wanted man after he joins a crew of daredevil hackers, in this fast-paced techno-thriller from hot young German director Baran bo Odar (The Silence). 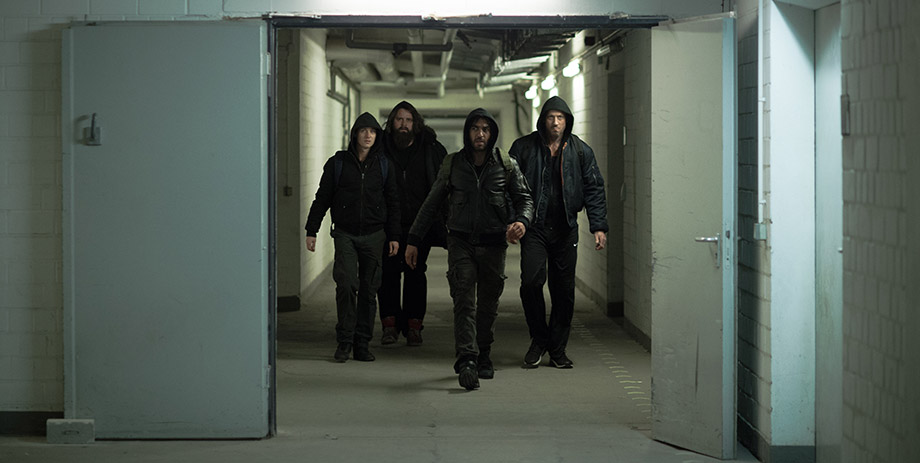 Who Am I - No System is Safe

Director Baran bo Odar's 2010 film The Silence was an international hit and landed him a coveted spot on Variety's list of "10 Directors to Watch." With his follow-up, the fast-paced techno-thriller Who Am I, that designation proves accurate indeed.

Benjamin (Tom Schilling) is the prototypical twenty-five-year-old computer geek: no fashion sense, no friends, and definitely no girlfriend. What he does have, however, is a preternatural talent for all things digital. His online activity catches the eye of the charismatic Max (Elyas M'Barek), a would-be revolutionary who yearns to "hack the world," but needs Benjamin's prodigious skills.

Max's world of partying, drugs, and sex is all a bit much for the introverted Benjamin, who is nevertheless thankful just to be part of something. The duo teams up with fellow wunderkinds Stephan (Wotan Wilke Möhring) and Paul (Antoine Monot, Jr.) to form the hacker collective CLAY (Clowns Laughing @ You), infiltrating international security systems and hacking for social justice. And they're really good at it — so good that they come to the attention of the German Secret Service, Europol and, most frighteningly, a sinister rival hacker who views this new cadre as a threat to be eliminated.

Hemmed in on all sides, Benjamin finds his expertise put to a life-or-death test, and he comes to realize that the feeling he finally belongs may not be worth the cost.

Fusing high-stakes intrigue, crackling tension and stylish action sequences, and set to an electrifying soundtrack by Boys Noize, Who Am I is a suspense-filled meditation on the search for identity in the information age.