When his fortune is wiped out, an arrogant, self-made tycoon is forced to return to the slum tenement where he grew up, in this vibrant, socially-aware comedy from Filipino master Carlos Siguion-Reyna. 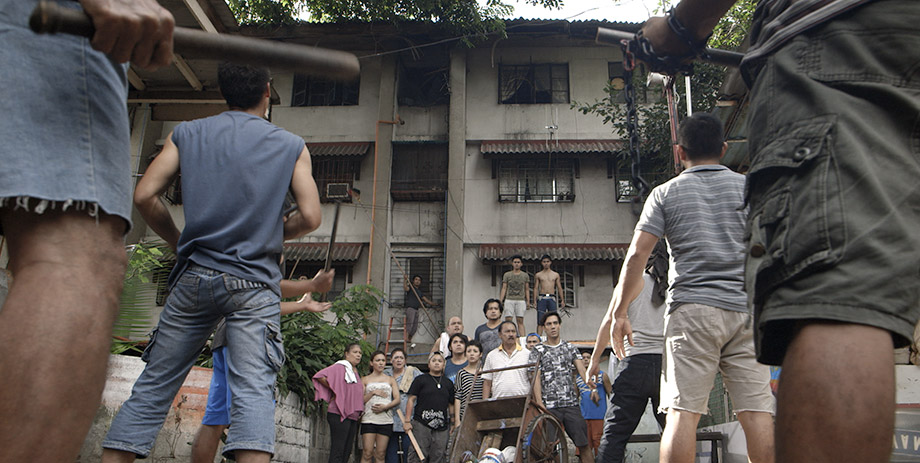 Where I Am King

After a fourteen-year hiatus from filmmaking, Filipino master Carlos Siguion-Reyna and his partner, producer-writer Bibeth Orteza, return with this politically astute comedy-melodrama that takes aim at the abdication of social responsibility by their country's moneyed elite.

The film's "hero" is Ricardo (Robert Arevalo), an arrogant self-made tycoon who has well and truly forgotten his humble beginnings. But years of high living and a series of poor financial decisions have caused his fortune to dwindle to practically nothing. One of the few properties he still owns is Tondo, the tenement he grew up in — and so, with his two grandchildren in tow (over the objections of his greedy children), he moves back into the crumbling apartment block he left behind. Greeted with anger from the residents over his never-fulfilled promises to improve the building, Ricardo comes face to face with what decades of neglect have done to a once-proud neighbourhood. Even as the impoverished slumlord gradually comes to understand slum life from the other side, he is forced to combat the meddling of his children, who are bribing the corrupt building manager, Ricardo's lifelong friend Boyong (Rez Cortez), to make sure that Ricardo and his grandkids have an extremely difficult time adjusting to their new lives.

Vibrant, funny, and doggedly optimistic, Where I Am King mixes fish-out-of-water comedy with serious questions about what we owe to the society we live in: whether we should look out only for ourselves or adhere to higher principles — a question that is as applicable to Toronto, with its decaying public-housing system, as it is to Manila.