In this wise and witty comedy-drama from Chilean director Cristián Jiménez, a married woman — seeking to purify herself through a "disconnection vow" — leaves her husband and returns to her parents’ home, but finds a situation far from the peace and quiet she had imagined. 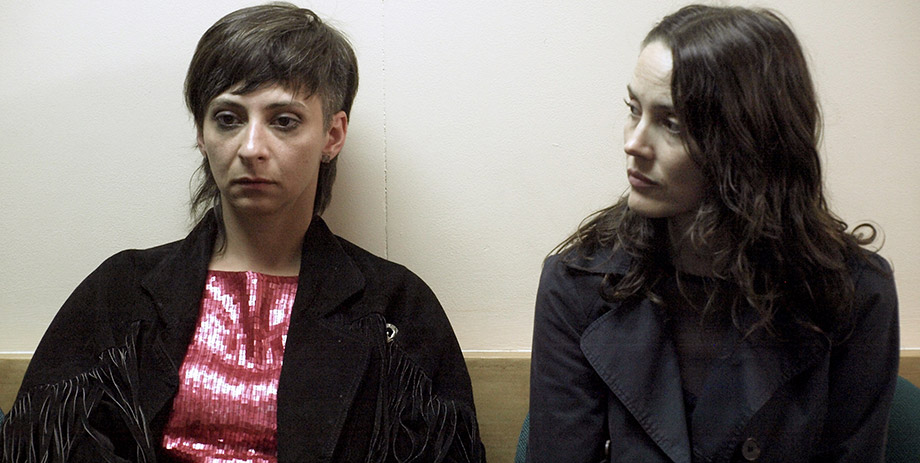 Balancing inspired bursts of behavioural humour with the steady hum of rising tension, Chilean director Cristián Jiménez's Voice Over, an irreverent comedy set in his hometown of Valdivia, cleverly exposes the gaps between the tidy narratives we create about our families and the far messier truths we try not to see.

Out-of-work actor Sofia (Ingrid Isensee), already a strict vegetarian, has taken a "disconnection vow": she will allow herself no mobile phone, no internet, and no television for one year. "To purify myself," she declares — and she's also decided to disconnect from her husband, the father of her children.

While attempting to set up her home as a place to do voice-over work, the newly single Sofia finds herself spending a lot of time at her parents' house, which bustles with four generations: her grandmother is still alive, her kids run rampant (and beg to eat meat), and her sister Ana (Maria Siebald) has returned from Paris with her own child and husband — who's seeking financing for a hopeless translation project. Any remaining semblance of familial harmony is shattered when Sofia's father Manuel (Cristián Campos) declares that he's leaving her baffled mother after thirty-five years of marriage. As Manuel's secrets begin to emerge, Sofia and Ana begin an increasingly hilarious dialogue about the patriarch they only thought they knew… and what to do about him.

Assembling a marvellous cast that includes Niels Schneider (Heartbeats) and the great Paulina Garcia (Gloria), Voice Over employs adult anxieties and childlike playfulness to consider how every family is made up of individuals, and how our breeding will always have a hand in determining our fate — even when we think we're blazing our own trails.