A rare independent film from Cuba, this charming and tender portrait of female friendship follows three hair-salon employees as they hit the town looking for excitement in those parts of Havana that tourists rarely see. 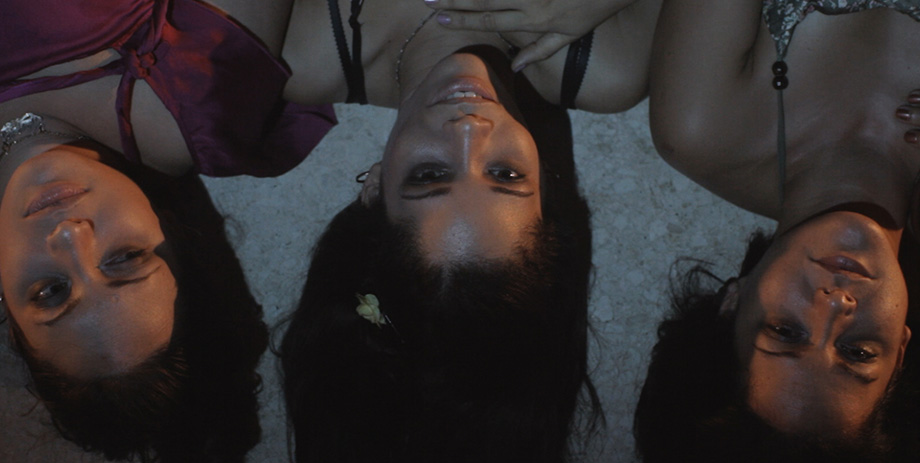 From the quotidian environment of the beauty salon to the nightclubs of Central Havana, Cuban filmmaker Kiki Álvarez explores a uniquely feminine world in his latest feature, Venice.

It's payday at the hair salon where Mónica (Maribel Garcia Garzón), Violeta (Claudia Muniz), and Mayelin (Marianela Pupo) work in Old Havana, and the three women decide to venture out together and spend their paycheques. Moving from a dress shop to a restaurant, they begin to share details of their lives and problems. Mónica reveals the reason behind the argument she had with her lover earlier in the day, and a new intimacy develops between the three as Violeta and Mayelin help her confront an unexpected circumstance. Day quickly turns to night. As the women expose darker desires, Álvarez introduces us to a side of Havana most tourists rarely see. A highlight is the discovery of a nightclub where patrons are welcomed with intense electronic music from a DJ wearing a pig mask. It is here that the women separate, each looking for fulfillment that she cannot share with the others.

Shot independently, a rare occurrence in Cuban cinema, Venice presents a grittiness that we are not used to in films from the island. The ensemble cast, who improvised most of the dialogue, brings a rare sense of realism to the film. Most resonant, though, is the depth of the feminine atmosphere that Álvarez constructs, approached with a tender understanding that transcends borders — and swathed in a caustic sense of humour that is decidedly Cuban.