The lives of an arrogant young motivational speaker in debt to the Chinese mafia, his lookin’-to-get-out wife, and a single father in dire straits fatefully intertwine in this nail-biting thriller from Singapore that is based, almost unbelievably, on a true story. 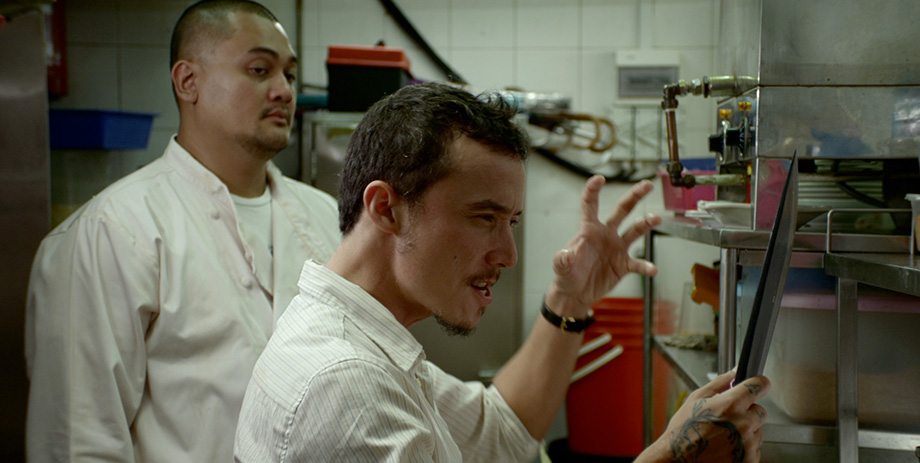 A nail-biting, multi-character thriller from one of Asia's most exciting young filmmakers, Unlucky Plaza zigzags between three narrative threads in order to create a dramatic statement about the things we do for money.

Sky (Adrian Pang) is an affluent and arrogant motivational speaker with a Porsche, a valuable art collection and a luxury home. He also has a crushing debt to the Chinese mafia, and hopes to pay them off by convincing his wife to liquidate an apartment she inherited from her parents. But that wife, Michelle (Judee Tan), has plans of her own. Unhappy with her life, and with Sky most of all, she seems to have no clean way out of her situation... until she meets Onassis (Epy Quizon), a Filipino single father in dire straits. Michelle offers to rent him the family apartment at half its market value, and it seems like she's doing Onassis a favour. In actuality, she's setting into motion a series of events that will spell disaster for all of them.

With dynamic shifts in rhythm, and performances fairly dripping with desperation, this suspenseful debut feature from Singapore writer-director Ken Kwek grabs your attention from its teaser of an opening and doesn't let go until its strange, satisfying finish. Before Unlucky Plaza reaches that ending, each of these characters will behave in surprising yet curiously convincing ways.

Kwek has crafted a psychologically shrewd film — based, almost unbelievably, on a true story — that displays a keen appreciation for the pitfalls of any plan driven by sheer greed.