A teenager finds his life considerably hampered after he impulsively attempts to shoot himself, in this dark, absurdist comedy from Argentine writer-director Martin Rejtman. 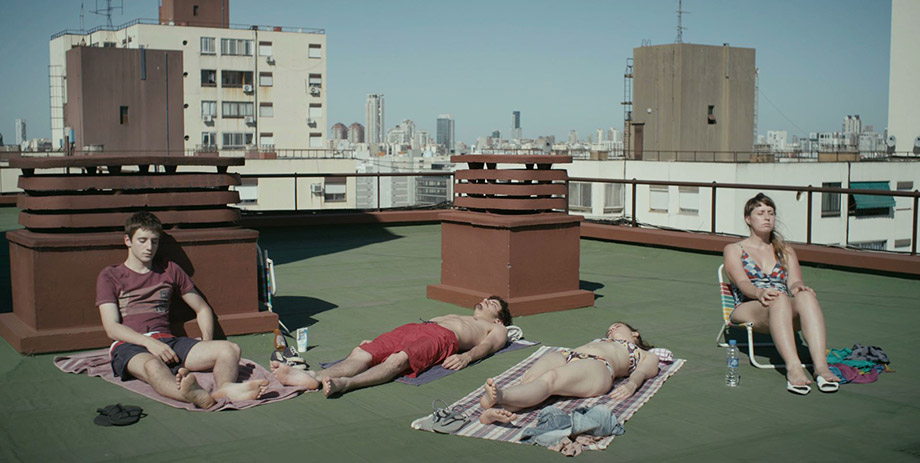 Writer-director Martin Rejtman is often referred to as the "godfather of the New Argentine Cinema." Though the cinematic renaissance of the nineties and early oughts had its roots in Italian neorealism, Rejtman's work has always been tempered slightly with a deadpan absurdity. This strangeness comes to the fore in his latest feature Two Shots Fired, which finds in the most severe of beginnings — an attempted suicide — a source of bizarre, bewildering humour.

When sixteen-year-old Mariano finds a gun in his house, he impulsively shoots himself. Twice. One shot skims his head, while the other remains lodged in his chest (or so the doctors assume in the absence of an exit wound), and the film concerns itself with the confounding, seemingly random fallout of this act. The whistling hole in his chest interferes with Mariano's ability to play in his recorder quartet, which leads to upheaval at home and in his love life. Meanwhile, his dog Yago defects to a new family, characters narrate their own actions in real time, and Mariano's newly knife-obsessed mom takes one of the oddest holidays committed to the screen since Mr. Hulot's. Through it all, Mariano's blasé inability to provide a single reason for his suicide attempt mirrors the viewer's struggle to find reason in these baffling, often hilarious events.

Constantly playing with our notions of drama and comedy, Two Shots Fired demonstrates how either can emerge from the same dead-serious seed. Rejtman has described the plot's progression as less of a causal chain and more of an "unraveling" — which is also a fair way of describing what the film does to its viewers' minds. You may not know what you're watching, but you won't be able to look away.