Legendary Canadian documentarian Alanis Obomsawin digs into the tangled history of Treaty 9 — the infamous 1905 agreement wherein First Nations communities relinquished sovereignty over their traditional territories — to reveal the deceptions and distortions which the document has been subjected to by successive governments seeking to deprive Canada’s First Peoples of their lands. 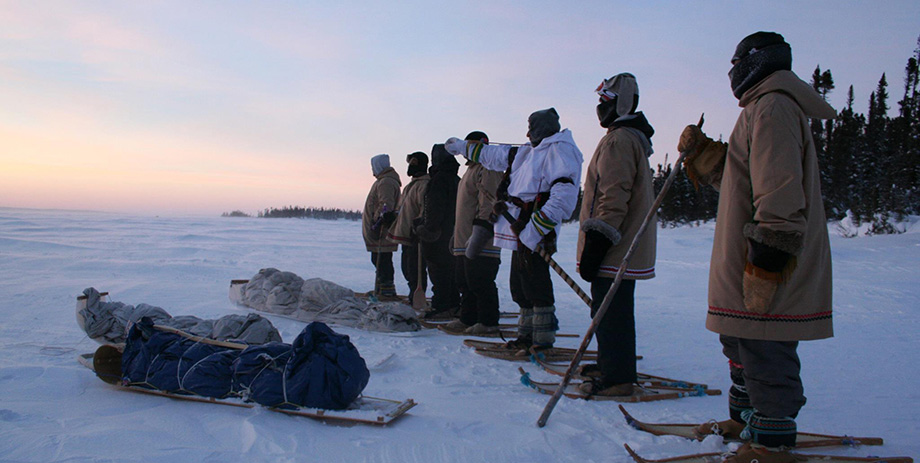 One of the masters of Canadian cinema, Alanis Obomsawin has spent decades chronicling the state-sanctioned indignities and injustices visited on First Nations communities, creating a remarkable body of work driven by equal parts outrage and compassion. Her numerous documentaries comprise an alternative history of Canada's Aboriginal peoples — markedly different from the "official" versions promulgated by governments and mainstream media, whose attitudes have ranged from neglect to racism.

Trick or Treaty?, Obomsawin's most recent feature documentary, shines a light on the most important document in the history of Canada's First Nations tribes: the infamous Treaty 9, a 1905 agreement in which First Nations communities supposedly relinquished sovereignty over their traditional lands — a precedent that is routinely invoked whenever governments are challenged about rights issues involving First Nations communities.

Against the backdrop of numerous key recent events, such as Chief Theresa Spence's hunger strike and the rise of Idle No More and other youth-oriented Aboriginal movements, Obomsawin interviews a string of legal, historical, and cultural experts — as well as people whose forebears were present when the treaty was signed more than a century ago — about the corrupt genesis of Treaty 9. The deeper that Obomsawin digs, the more disturbing the revelations. It gradually becomes clear that the printed copy of the treaty is not the only valid version; even more startling, the First Nations signatories themselves were not able to see the written treaty until decades after the signing, and then in a language they didn't understand.

As powerful, provocative, and important as any of her previous films, Trick or Treaty? once again demonstrates why Obomsawin is one of our most vital cinematic voices.