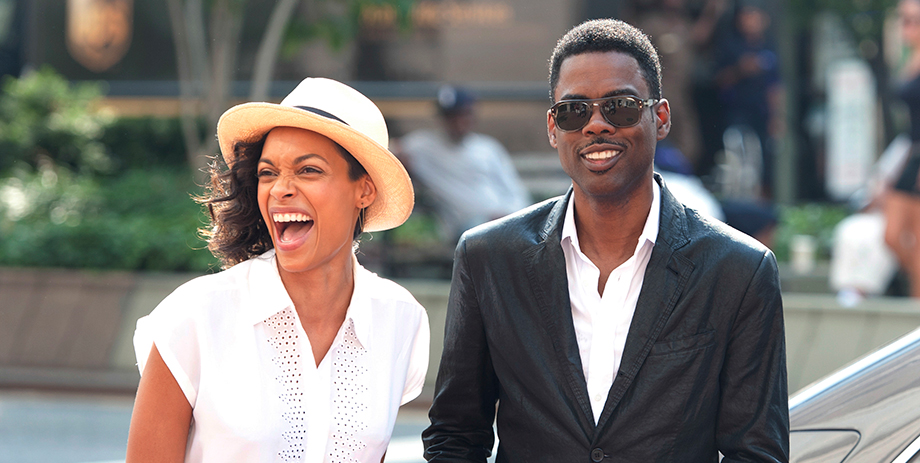 Chris Rock doesn't hold back. The comic made his name on sharp, uncensored observations about men, women, black people, white people, and the craziness we all get up to. As his work matured, his satire deepened and began to extend into both politics and love stories. But he never got any less raw. Chris Rock can still scandalize, which makes him more valuable than ever.

In Top Five, Rock plays Andre Allen, a successful comedian and movie star who, having had his work recently savaged by a New York Times critic, is now in need of a hit. His fiancé (Gabrielle Union) wants him to help boost her reality TV show, while his agent, played by the rocket-fuelled Kevin Hart, tries to guide him to the next blockbuster. But what Andre really wants to do is make a serious, important film about the Haitian revolution. So he lets the Times back into his life, hoping to revitalize his image with a profile written by a whip-smart, irresistible journalist (Rosario Dawson). It's the beginning of a beautiful sparring match.

Rock and Dawson make an appealing pair, and Top Five reveals the real chemistry between them. But Rock tailors the movie to suit his own mix of up-to-the-minute social criticism and raw gutter comedy. Even better, he surrounds himself with a galaxy of comedy stars (Tracy Morgan, Jay Pharaoh, Cedric the Entertainer, JB Smoove, and many more). Their scenes are a joy to watch as they riff on fame, sex, family, and that one question that always gets trash talk started: who are your top five hip-hop artists of all time?