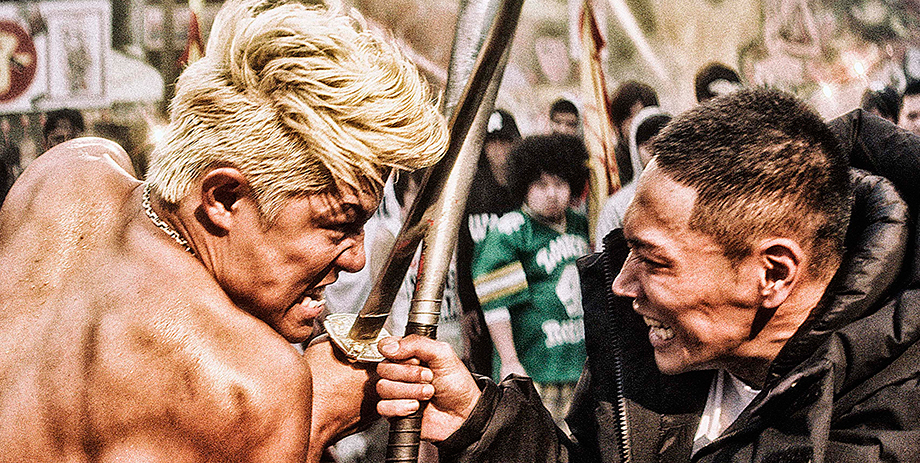 Last year, Sion Sono knocked Midnight Madness devotees out of their seats with his Audience Choice Award-winning Why Don't You Play in Hell? Now, with Tokyo Tribe (based on the manga by Santa Inoue), Japan's enfant terrible is back with yet another film unlike anything you've ever seen before: a yakuza/street-gang/hip-hop musical epic.

In a futuristic, alternate-world Tokyo, the city is made up of ghetto slums and nightclub playgrounds where gangs of wayward youth rule the streets. The city is carved up into 'hoods, and the crossing of territorial lines quickly leads to riots and rumbles. On the turf ruled by the savage yakuza Big Buppa (Riki Takeuchi, from Takashi Miike's Fudoh: The New Generation and Dead or Alive series), the simmering tension is about to boil over into all-out war.

Avoiding the usual fresh young faces of Japanese films, Sono chose to cast real rappers, tattoo artists and stunt performers in many of the main acting roles, a rebellious move that brings vibrancy and freshness to his outlandish street-fighting epic. Set to a score of bangin' beats and bizarre rap lyrics, Tokyo Tribe will leave you beat-boxing for more.