A New York man forced into a homeless shelter (Richard Gere) tries to reconnect with his estranged daughter (Jena Malone), in this emotional drama from director Oren Moverman (The Messenger). 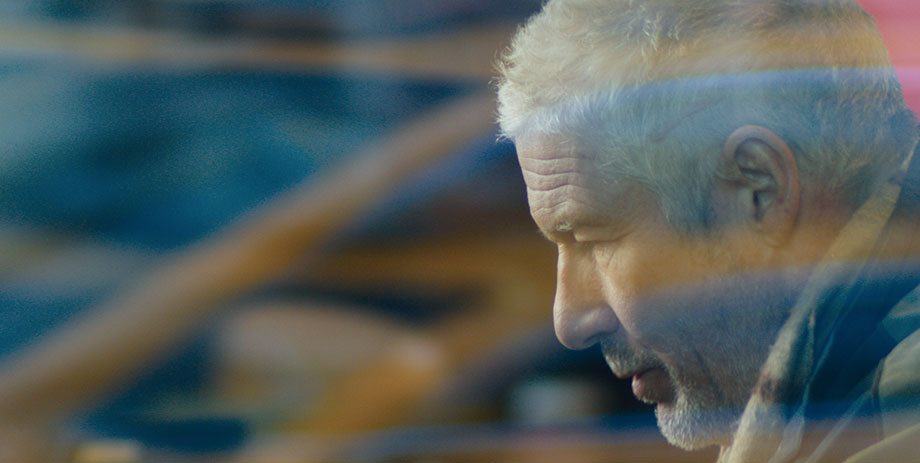 Time Out of Mind

It's the sort of casting decision that doesn't leap immediately to mind: the typically debonair Richard Gere (a guest of this year's Mavericks programme) as a man down on his luck, dishevelled and humiliated by the routine privations of life on the street.

On the heels of the Hollywood icon's recent acclaim for his portrayal of a Madoff-esque magnate in 2012's Arbitrage, writer-director Oren Moverman's Time Out of Mind takes him from riches to rags. And it works. Thanks in no small measure to Gere's superb performance, Moverman's latest is a powerfully empathetic human drama.

George (Gere) is a desperate man. With faltering health and nowhere to turn, he finds himself thrust onto New York City's unforgiving streets. After exhausting all other avenues of temporary housing, he seeks refuge at Bellevue Hospital, Manhattan's largest intake centre for homeless men. It too proves a harsh and difficult-to-navigate environment, crowded as it is with similarly marginalized souls. But when George befriends a seasoned shelter-dweller named Dixon (Ben Vereen), he begins to harbour hope of repairing his relationship with his estranged daughter (Jena Malone).

Time Out of Mind represents an artful stylistic shift for writer-director Moverman, whose previous features are Rampart (a Festival 2011 world premiere) and the Academy Award-nominated The Messenger. In contrast to Rampart's saturated palette and prowling camera, Moverman here adopts a naturalistic and subtle observational approach, capturing George on the streets and emphasizing the fragile humanity at the heart of the story.

In tandem with yet another outstanding screenplay and the uncompromising performances of his cast, Moverman's adroit direction continues to demonstrate why he's become one of America's foremost independent filmmakers.