Following the recent jihadist takeover of northern Mali, a proud cattle herder comes into fateful conflict with the fundamentalist rulers of the provincial capital, in this luminous, lyrical and poetic drama from the great African filmmaker Abderrahmane Sissako. 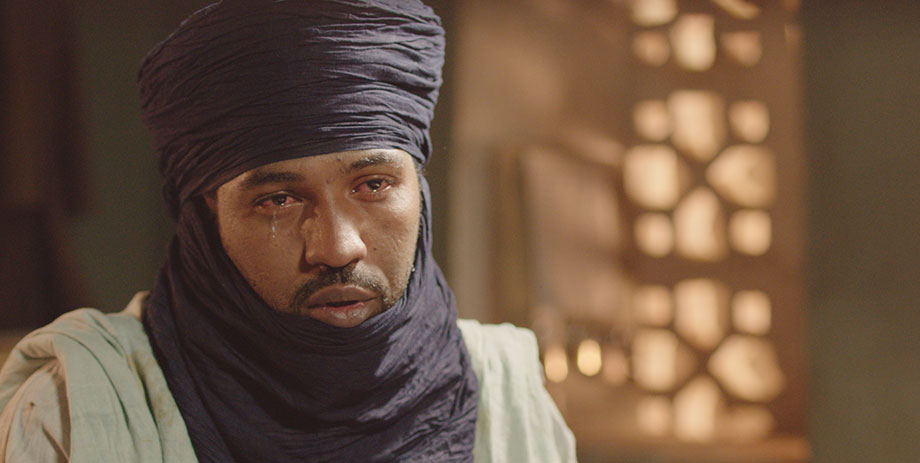 A gazelle strides across the desert, under the sound of a car's rumbling engine; seconds later, bullets cut the animal down in its tracks. The opening sequence of Abderrahmane Sissako's magisterial Timbuktu — which premiered to acclaim at this year's Cannes — encapsulates the essential truth of violent extremism: to destroy grace and beauty, not only with impunity but with an ironclad self-righteousness. Set during the early days of the 2012 fundamentalist takeover of northern Mali and inspired by real people and real events, Timbuktu is a searing drama about the everyday woes and resistance of ordinary people in a city overrun by extremist foreign fighters.

Under Timbuktu's new rulers, music, laughter, and sports (even soccer) have been prohibited, and kangaroo courts hand down horrendous and absurd punishments by the might of the gun. Kidane (Ibrahim Ahmed, aka Pino Desperado) — a herder who lives in the dunes on the edge of the city with his wife Satima (Toulou Kiki), daughter Toya (Layla Walet Mohamed), and twelve-year-old shepherd Issan (Mehdi Ag Mohamed) — has so far been unaffected by the harsh new regime. But when, during a row over the slaughter of his prize cow, he accidentally kills a fisherman, he experiences first-hand the nightmarish perversion of "justice" practiced by the occupiers.

Luminous, lyrical, and poetic, Sissako's Timbuktu accomplishes what only the highest of art can: from the horrors of war, it distills enduring truths. Featuring striking cinematography by Sofiane El Fani, consummate editing by Nadia Ben Rachid, and outstanding performances from its ensemble cast, Timbuktu movingly attests to the human will to resist the terrors and injustices of absolutism.