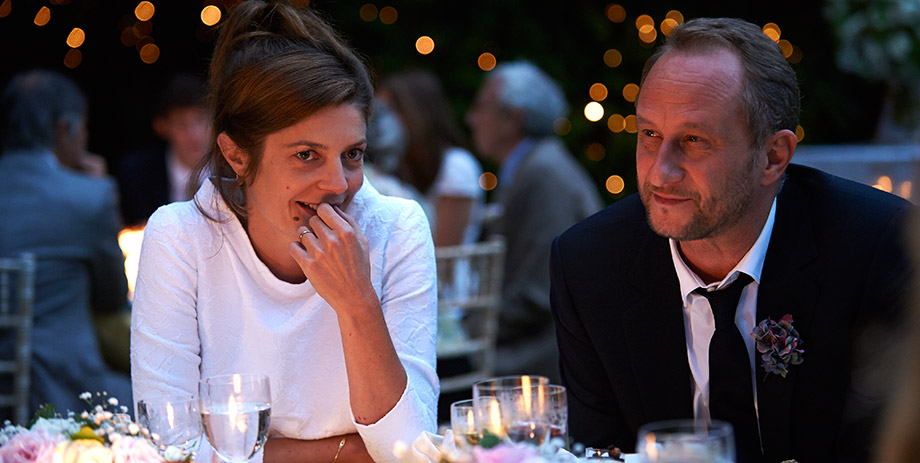 This beguiling new work from Benoît Jacquot, whose films have populated many previous Festivals, is a story that explores the age-old moral conundrum of a love triangle. But 3 Coeurs adds a new angle that lends an odd sense of unease and strangeness to almost every moment of this beautifully judged and observed piece.

The story starts simply enough: a man misses his train in a small provincial town and needs to find a hotel. He meets a woman in a bar and asks her for help — and to take a walk with her. Romance seems inevitable, but a missed assignation in Paris sends the would-be lovers on their separate ways despite the clearly special connection between them.

Marc (Benoît Poelvoorde) returns to his life in the tax office, Sylvie (Charlotte Gainsbourg, also appearing at the Festival in Samba) moves to the States. Then, one day, Marc meets Sophie (Chiara Mastroianni). They are soon deeply in love, living together, and planning to marry. The hitch: unbeknownst to our hero, Sylvie and Sophie are sisters, and very close ones at that.

Jacquot lets us in on the secret upfront, leaving the bewildered Marc to twist in the wind. The tension only builds once things are revealed, resulting in some explosive moments and a lingering uncertainty as to where things will end up. Jacquot meticulously observes all of the foibles of his various characters, almost taunting us to decide what is morally correct in a situation like this.

Not only does 3 Coeurs feature an outstanding cast of some of France's most famous actors, who bring a note-perfect tone to the proceedings, it also features a filmmaker at the height of his powers, relishing the delectable intricacies of plot while never shying from the deeper emotions at play. This is a fun ride for everyone — except the characters onscreen!