An all-star cast — including Jane Fonda, Tina Fey, Jason Bateman, Rose Byrne, Timothy Olyphant, Adam Driver and many more — headlines this adaptation of the novel by Jonathan Tropper, about a death in the family that brings together an expansive, far-flung clan for a weekend of mourning, bonding and healing. 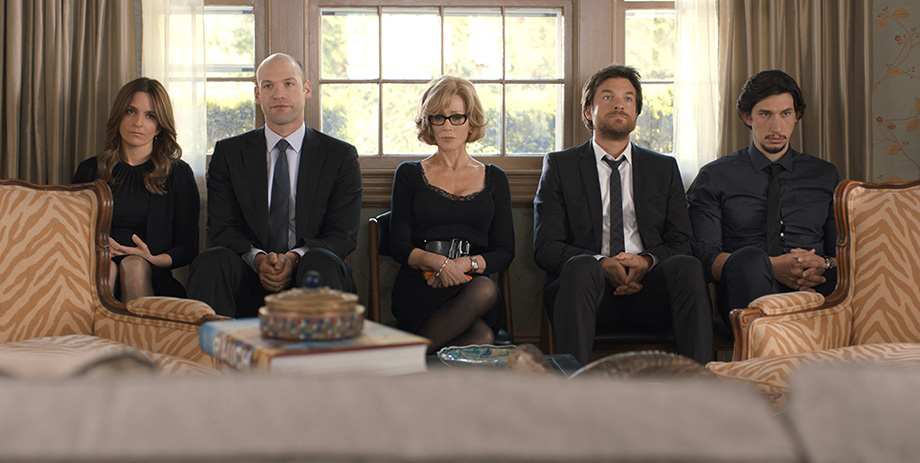 This is Where I Leave You

Whip-smart and irreverent, heartfelt and hilarious, This is Where I Leave You puts the fun back into funeral. Based on the novel by Jonathan Tropper — who also wrote the film's beautifully structured script — this ensemble comedy gathers together some of the best comic actors in the business to tell a lively story of mourning and mid-life crises.

It's never easy to get all four of the combative Altman siblings together at once, but the death of their father means they'll all be sitting shiva under the same roof for an entire week. Judd (Jason Bateman) is still reeling from having just caught his wife in bed with his former boss, the Howard Stern-like host of a mean-spirited radio show; Wendy (Tina Fey) is a responsible but frustrated mother married to an offensively aloof businessman; Phillip (Adam Driver) is a serial womanizer; Paul (Corey Stoll) is the humourless, "mature" sibling who automatically commandeers all family business.

The level of collective neuroses is high, and probably won't be alleviated by celebrity shrink Hilary (Jane Fonda), the Altmans' oversexed, over-sharing, freshly widowed matriarch. Nor does it seem likely that this not-especially-devout family will find spiritual guidance in their young rabbi (Ben Schwartz), who brings a "modern" edge to ancient Judaic traditions. Confronting unresolved emotional issues from their past as visitors come knocking with condolences, the Altmans will be forced to sort their respective baskets of dirty laundry together — and ultimately reconnect in unexpected ways.

Director Shawn Levy (Date Night) brings out the best in his cast — which also includes the comedic talents Kathryn Hahn, Rose Byrne, and Timothy Olyphant. Consider yourself invited to this not-so-sombre family reunion.