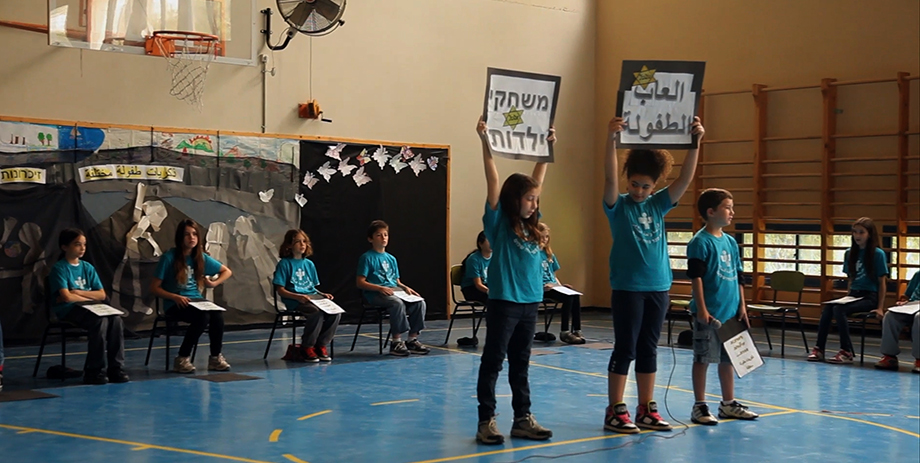 This Is My Land

This is My Land takes us inside classrooms in Israel and the occupied West Bank to look at how teachers convey history in a contested region. Director Tamara Erde was raised in Israel and now lives in Paris. Her documentary style is mainly observational in the classrooms she visits, but she begins by explaining her own background: having grown up in the Israeli public school system, she never had exposure to the Palestinian side of history until she joined the army and gained a greater interest. Her film follows in the path of The Gatekeepers, The Law in These Parts, and a growing body of Israeli documentaries analyzing the country's core institutions. With her background in visual arts, Erde displays an accomplished eye for her first feature-length film.

Restrictions placed on shooting in Israeli public schools steered Erde to focus on independent schools that adhere to the national curriculum, in addition to Palestinian schools that follow different textbooks. She visits six schools that reflect the complex demographics of the region: an Israeli high school in Haifa; an Arab school in Ibilin; a boys' school in Ramallah; a Talmudic school in a West Bank settlement; a school in an UNRWA refugee camp; and an Israeli school that combines Jewish and Arab students.

The contrasts are wholly fascinating and raise important questions about youth assimilation and pedagogy. Uncovering a wide range of teaching techniques, Erde shows how history is transplanted onto the shoulders of the younger generations. The film prompts the question: how long will the past dictate the present?