Two teenage outcasts run away from a halfway house and embark on a rambling cross-country journey, in this intense and intimate portrait of troubled youth by Finnish filmmaker J.P. Valkeapää. 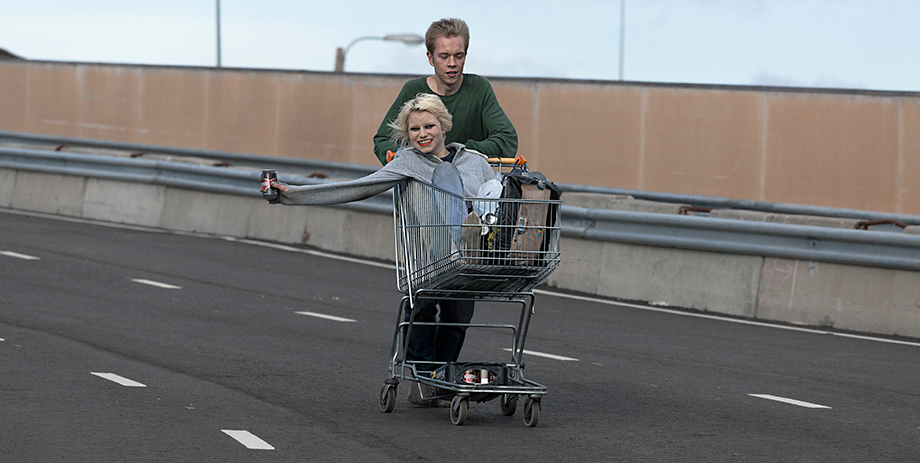 In recent years, several European and Nordic filmmakers have worked intriguing variations on a perennially powerful scenario: removing a troubled protagonist from civilization to better highlight the failings of the prevailing order that rejects them. An intense and empathetic contribution to this tradition, Finnish filmmaker JP Valkeapää's They Have Escaped offers a devastating critique of society's ham-fisted inability to respond to adolescent turmoil beyond the repeated assertion of harsher rules and mounting indignities.

As the film opens, Joni (Teppo Manner), whose stutter forced him to flee military service, is assigned to a halfway house for troubled youth, under the threat of a prison sentence if he runs away again. He soon befriends bleached-blond punk Raisa (Roosa Söderholm), and the pair hatches an ill-advised plot to escape. Their random peregrinations take them from a drug-fuelled island idyll to a brief sojourn in Helsinki, to an encounter with a hippie trinket salesman, and eventually a trip to Raisa's childhood home — which is when the film shifts gears from an ill-starred romance to something far more troubling.

While Joni and Raisa are hardly misunderstood waifs, their plight is by no means completely of their own making, and Valkeapää recounts in telling detail the failure of parents and other authority figures as they almost systematically drive the duo to further transgressions. Employing an intimate camera style and a muted soundscape, Valkeapää creates an atmosphere that uncannily suggests the mindset of his characters — a cloistered feeling that only amplifies the shock when their self-centred world is brutally disrupted. They Have Escaped is another finely wrought work from a director who is quickly emerging as one of the region's brightest young talents.