In the Ottoman province of Hijaz during World War I, a young Bedouin boy experiences a greatly hastened coming of age as he embarks on a perilous desert journey to guide a British officer to his secret destination. 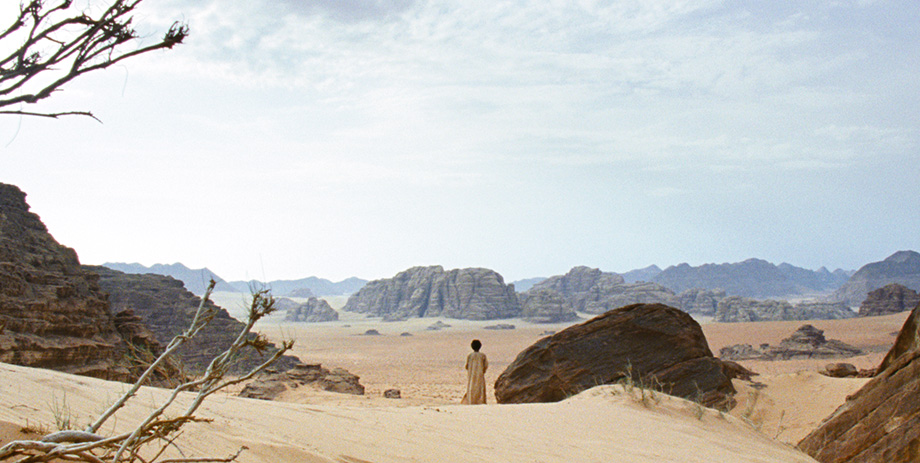 In 1916, in the Hejaz Province of the Ottoman Empire, the young Bedouin Theeb (Jacir Eid) is learning from his elder brother Hussein (Hussein Salameh) the skills for everyday survival in their harsh environment. Immersed in a way of life that has endured for centuries, the brothers are unaware of the tremendous upheavals taking place at the fringes of their world: the First World War is raging in Europe, the Ottoman Empire is coming undone, the Great Arab Revolt is brewing, and the British officer T.E. Lawrence is plotting with the Arab Prince Faisal to establish an Arab kingdom.

When British officer Edward (Jack Fox) and his Bedouin guide Marji (Marji Audeh) stumble wayward into their tribe's camp, the two brothers' destiny is forever changed. Abiding by the Bedouin custom that guests cannot be refused aid, Hussein is assigned to accompany the two strangers to their destination — with the uninvited Theeb, eager for adventure, following close behind. The ensuing journey, filled with danger and hardship, will result in Theeb's greatly hastened maturation in a culture where a man's honour and righteousness determines his inclusion or expulsion from the community.

Shot entirely on location against the ravishing landscape of Wadi Rum and Wadi Araba, and cast with non-professional actors from one of the last of Jordan's nomadic Bedouin tribes to settle down, Naji Abu Nowar's understated gem is a remarkable accomplishment for a small crew working on a shoestring budget. Radiating passion from every frame, Theeb is a skilful, genre-crossing blend of a coming-of-age drama and a western.