An ex-cop finds out more than he wanted to about his missing teenage daughter, in this stylish and provocative thriller from Confessions director Tetsuya Nakashima. 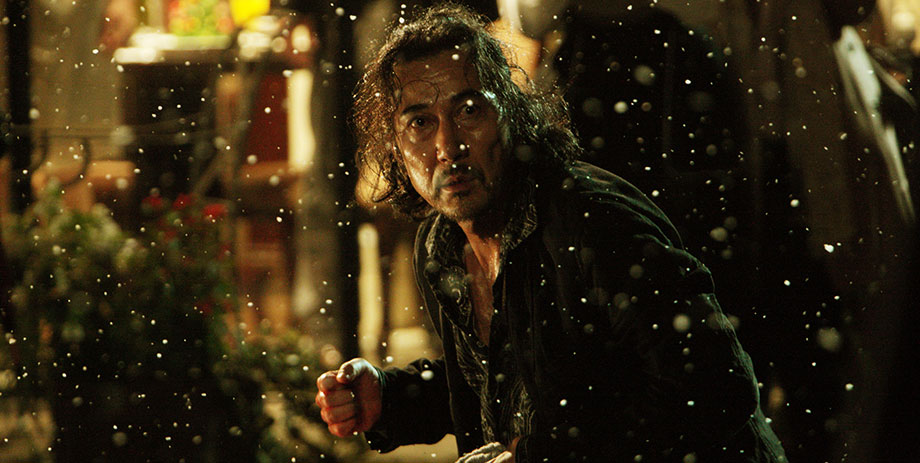 The World of Kanako

When Akio Fukamachi's novel Hateshinaki Kawaki became a bestseller in 2004, many in Japan considered it too lurid for a big-screen adaptation. But director Tetsuya Nakashima was not so easily daunted by the provocative contents of Fukamachi's unabashedly pulpy and bloody mystery about a disgraced former cop's investigation into the disappearance of his estranged daughter.

Japanese screen icon Kôji Yakusho (The Eel, Cure, Babel) gives a ferocious performance as Akikazu Fujishima, a hot-tempered brute who was kicked off the force after assaulting his wife's lover. Years later, his downward spiral is interrupted when his ex informs him that their seventeen-year-old daughter Kanako (Nana Komatsu) has gone missing. In another film, a father's quest to find the child he neglected for years might have yielded a story of redemption. But The World of Kanako is too dark-hearted to ever be mistaken for that kind of movie, especially once it's clear that the apple has not fallen far from the tree; flashbacks show the girl's treatment of her peers to be no less cruel than her father's outrageously vicious attempts to track her down.

Make no mistake: this is a violent and disturbing film, directed by Nakashima with an appropriately furious and fevered style. While the cheeky opening credits acknowledge the influence of Seijun Suzuki and other icons of Japanese exploitation cinema, the rapid-fire editing style points to the director's past as a maker of commercials and music videos. Making for even more bracing viewing than Nakashima's Confessions (10) — an icy revenge thriller that played the Festival before winning four Japanese Academy Awards — The World of Kanako certainly confirms his eagerness to challenge both himself and his viewers.