A crime novelist receives a vital clue to the whereabouts of his long-missing fiancée, in this mind-bending mystery that pays homage to Hollywood film noir and the reality-twisting fictions of Jorge Luis Borges and Julio Cortázar. 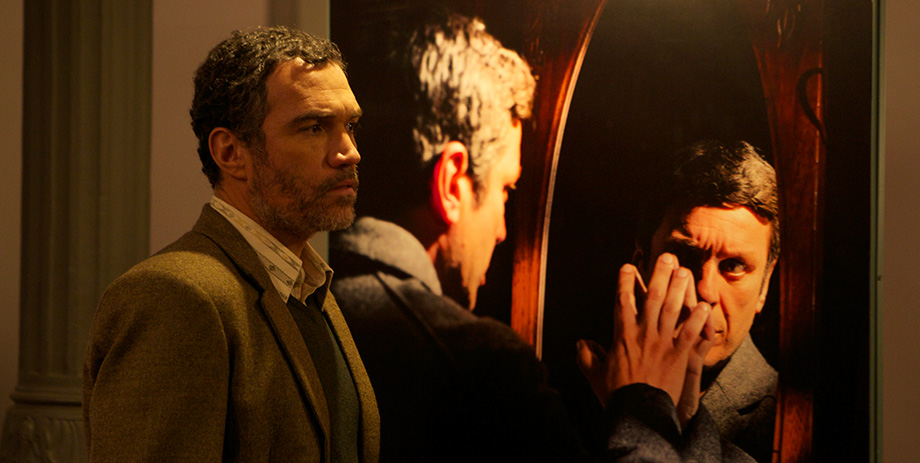 It's been seven years since Peruvian crime novelist Edo Celeste's fiancée Celia vanished without a trace. On the anniversary of her disappearance, as Celeste (Salvador del Solar) is finishing what is to be the last of his popular Felipe Aranda detective novels, the writer receives a summons from Mara (Angie Cepeda), whose ex-husband died the same day that Celia went missing. Mara gives Celeste an envelope containing photographs that Celeste quickly realizes provide a long-sought-after clue as to the whereabouts of his lost love.

Fusing the chaos of Lima's smoggy city streets and the stark reality of its economic disparity with the atmospheric trappings of the Hollywood noir, Javier Fuentes-León's enigmatic second feature The Vanished Elephant is an invigoratingly original whodunit (or, rather, where-is-she?) steeped in a distinctly Latin American literary tradition. Paying homage to such writers as Jorge Luis Borges, Julio Cortázar and Roberto Bolano, Fuentes-León transforms his detective story into a meditation on the mystery of artistic creation. As the obsessed author embarks on a quest that takes him from Lima to the outlying beaches of Paracas, literary and real-life mysteries seem to become evermore intertwined, leading us to wonder where fiction ends and fact begins — or if the fiction actually ends at all.

Taking its title from the Elephant of Mendieta — a rock formation that was swallowed up by the ocean during Peru's 2007 earthquake — The Vanished Elephant uses the framework of a criminal procedural to craft a fascinating reflection on art, obsession, and loss.