After surviving a car crash in the middle of Lebanon’s isolated Beqaa Valley, an amnesiac man finds himself held hostage on a local farm that doubles as an illegal drug-production facility. 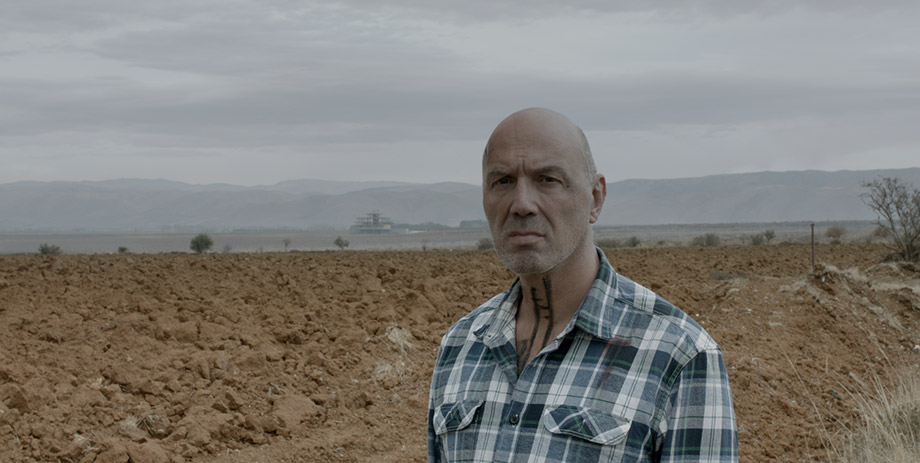 From its enigmatic opening sequence in Lebanon's Bekaa Valley — a car veering off the road, a man stumbling along, bleeding from an open wound — Ghassan Salhab's masterfully directed huis clos creates an unsettling eerieness as the distant thunder of war resounds through the valley's serene, pastoral beauty. The second chapter in a trilogy Salhab inaugurated with The Mountain in 2011, The Valley is pervaded by a mysterious premonition of looming catastrophe, building tension with exacting precision as its amnesiac hero finds himself a hostage in a strange, self-contained universe.

Further down this isolated stretch of road, the protagonist encounters a stalled car whose passengers are trying to start it up again. He helps them fix it, but cannot answer any of their questions: why he's bleeding, where he comes from, or where he's going. Apprehensive but obligated to reciprocate his help, the men drive him back to their nearby estate — which, though seemingly a farm, is in reality a drug-production facility. While the stranger's wounds are tended to by a middle-aged woman who claims to have been a nurse, his "hosts" try to figure out his identity, and how best to dispose of this unexpected intruder.

Pervaded with overt and subtle invocations of poetry — both modern verse and classical Sufi — Salhab's most accomplished and ambitious feature to date is infused with a profound, visionary wisdom; it's a metaphysical condition report about our being in the here and now. As the machines of war rumble in the distance and catastrophe swells in our skies, The Valley reminds us what remains after the flood: the saving grace of poetry.