A smash success at this year’s Cannes, the stunning feature debut by Myroslav Slaboshpytskiy focuses on a gang of deaf-mute students whose extra-curricular activities include robbery, prostitution and aggravated assault. 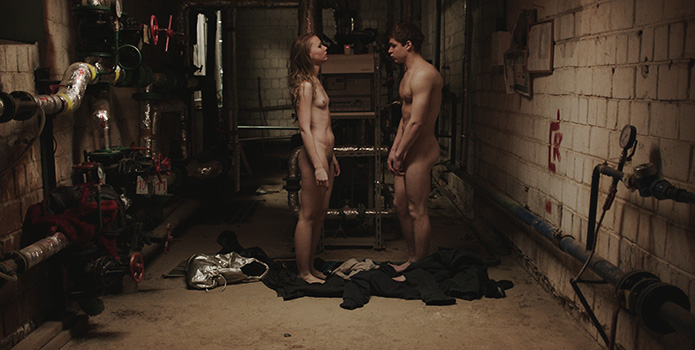 One of this year's most talked-about films, and a wild success at this year's Cannes — where it garnered three Critics' Week awards, including the Grand Prix — Myroslav Slaboshpytskiy's feature debut, The Tribe, is an unforgettably original drama set entirely in the world of the deaf.

Teenage Sergey (Grigoriy Fesenko), arriving at a boarding school for the deaf and mute, is greeted by more than the usual challenges of integration. Put through the requisite initiation rites, he proves himself worthy and is brought under the protective wing of the school's gang leader. Balancing regular activities of bribery, robbery, and prostitution with youthful proclivities, Sergey's new-found clique operates along the fine lines between business and pleasure, adolescence and adulthood. But as soon as he's moved up the ranks to become a pimp, he compromises his rapid ascent by falling in love with one of the tribe's escorts, setting off a tragic series of events.

Slaboshpytskiy constructs his film with no dialogue and no subtitles, allowing the story to be enlivened by the magnificent pantomimic acting of deaf-mute non-professionals, in a brilliant balance of clarity and ambiguity that puts hearing audiences in a fascinating, active position. This bravura narrative strategy is matched by the fluid choreography of the camerawork, its long takes unfolding with balletic mobility under the control of cinematographer-editor Valentyn Vasyanovych, plotting out in stark detail the primal urges and mercantile dynamics of the gang's social microcosm.

The Tribe peels away the tenderness of its protagonists, communicating in the purest cinematic forms the rawness hidden behind the fragility of youth.