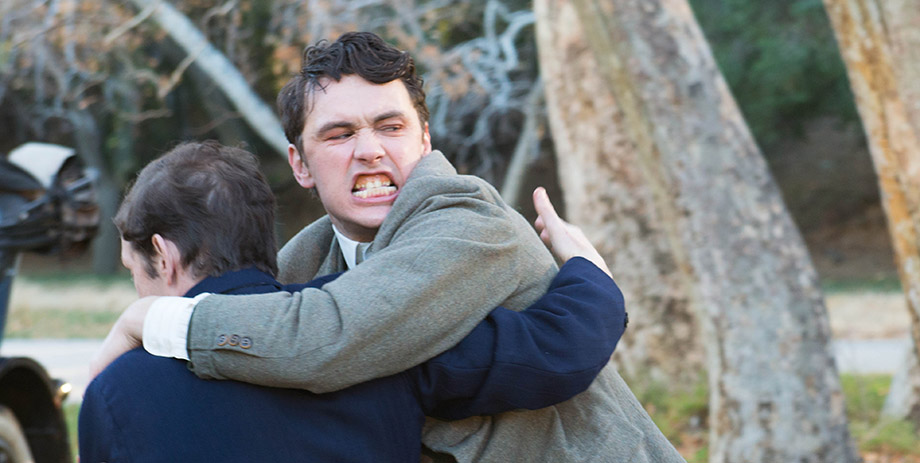 The Sound and the Fury

William Faulkner's modernist masterpieces have not often been translated to the screen. Their linguistic conceits and complexities have resisted easy transposition and indeed few filmmakers have even dared make the attempt. So, it comes as a delightful surprise that James Franco has adapted two of the master's greatest novels in as many years. Both As I Lay Dying and The Sound and the Fury recount their stories through a variety of shifting narrative voices, and perhaps this is what has drawn the multi-talented Franco to these particular novels.

Franco's film closely follows Faulkner's narrative pattern. In a bold casting move, he has chosen to play the part of the developmentally challenged Benjy, whose chapter, based on a dazzling stream of consciousness, starts both the book and film. The Sound and the Fury centres on the once-respectable Compson family's struggle to keep itself together while its members either spin out of control or attempt in misguided ways to reassert it. As Benjy's ramblings are followed by chapters devoted to two of his brothers, Quentin and Jason, and Dilsey, the family's black servant, the story settles into one of familial dysfunction, further marred by the sexual misadventures of one of the sisters, Caddy.

Franco fastidiously captures the atmosphere and look of Jefferson, Mississippi in the novel's time period of 1898 &ndash 1928, but his film is far more than a costume piece. He, like Faulkner, goes much deeper, exploring the psychoses of his characters with tremendous bravery. The gamut of emotions — jealousy, desire, lust, pride, resentment, stoicism — all bubble away as the Compsons try in their fumbling manner to make their way forward.