A nine-year-old Chechen orphan and a teenaged Russian soldier encounter the many terrible faces of war during the 1999 Russian invasion of the breakaway republic, in this searing drama from Academy Award-winning director Michel Hazanavicius (The Artist). 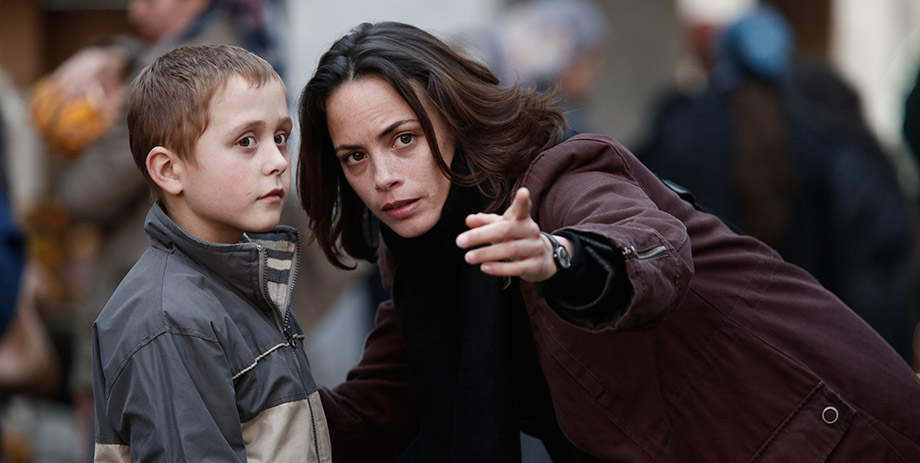 Set in battle-scarred Chechnya in 1999, this searing war drama from Academy Award- winning director Michel Hazanavicius (The Artist) plunges us headlong into the chaos caused by Russia's "anti-terrorist operation" against its own republic.

After Russian forces raze his village and murder his parents, nine-year-old Hadji (Abdul-Khalim Mamatsuiev) traverses the countryside alone. He stops at a facility run by an American Red Cross worker (Annette Bening), who cannot persuade him to speak. He's eventually taken in by Carole (Bérénice Bejo), who interviews Chechen survivors for the EU Human Rights Committee. Carole is, by her own admission, awkward with kids, but Hadji comes to silently accept her endearingly verbose hospitality. If only he could utter a single word in response.

After being arrested for drug possession, nineteen-year-old Russian musician Kolia (Maxim Emelianov) is drafted into military service, where he's bullied, humiliated and beaten — until he becomes one of the bullies. In Chechnya, Kolia accidentally kills two civilians; he's horrified, but his buddies laugh it off as a rite of passage. Just as Hadji is traumatized to the point of speechlessness, Kolia is so dehumanized that he loses his identity and is transformed into a killing machine. (The Search is loosely based on the 1948 Montgomery Clift film of the same name, but the sections following Kolia most readily call to mind Stanley Kubrick's Full Metal Jacket.)

Intercutting these two stories of wartime's psychologically destructive effect on young people, Hazanavicius builds to a devastating conclusion. He attained global fame with a silent film, and some of the most transfixing scenes in The Search play to the same strengths on display in The Artist, eschewing dialogue for telling gestures and unforgettable images. The Search is a stirring and disturbing survey of the effects of war — but in its finely etched details, it also provides precious glimpses of humanity.