Two young men are inducted into the exclusive, debaucherous company of Oxford’s elite "Riot Club," in this scathing dissection of the British class system from Danish director Lone Scherfig (An Education). 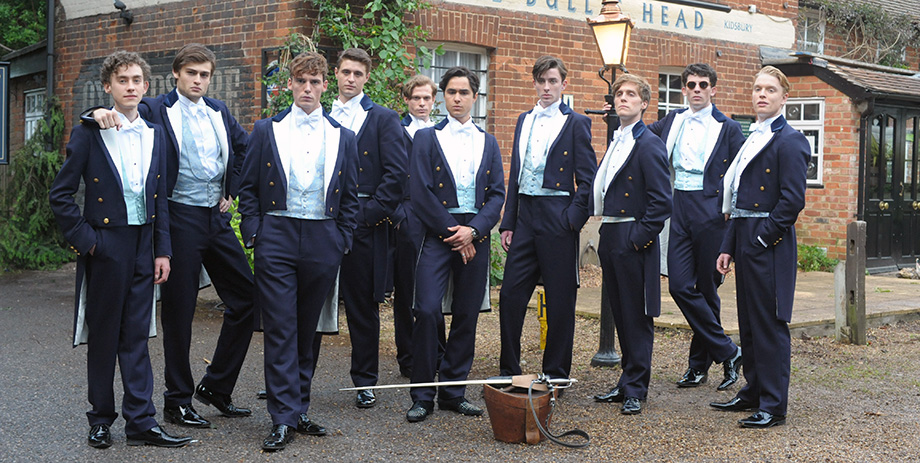 Those rich, young white men. Those lords. Born to English privilege, they float through childhood on inherited wealth, studying the bright future that birthright affords them. By the time they land at Oxford, they might have matured into responsible rulers in the making. Or monsters.

Told with bracing wit and precision by the director of An Education, The Riot Club is the story of a secret society of ten impossibly wealthy and entitled men at the university. Their traditions of indulgence and debauchery date back centuries, and they take deadly seriously their duty to master the arcane knowledge and exacting social codes that will secure them high posts in British government and business.

Miles (Max Irons) went to the right schools and cultivated the right connections to gain his place at Oxford, but he is ambivalent when the Riot Club recruits him in his first weeks on campus. He's not naturally superior. Lauren (Holliday Grainger), the young student who interests him, comes from a modest family. She actually earned her admission to the school on merit. But the thrill of inclusion is too great for Miles to resist.

Drawing cold fire from Laura Wade's original play, Danish director Lone Scherfig shows the same passion for exploring the ways class governs the lives of beautiful young Brits that she did in An Education. But this time, romance gives way to searing dramatic conflict, with a shocking set piece at a remote pub on the Riot Club's big night of ritual excess, where a potent combination of drink, drugs, and sex pushes Miles to a dangerous moral compromise.

Painting the film's climax with echoes of A Clockwork Orange and Lord of the Flies, Scherfig delivers a satisfying portrait of the savagery lurking beneath fine breeding.