Director Harold Crooks (Surviving Progress) once again blows the lid off the dirty world of corporate malfeasance with this incendiary documentary about the dark history and dire present-day reality of big-business tax avoidance, which has seen multinationals depriving governments of trillions of dollars in tax revenues by harbouring profits in offshore havens. 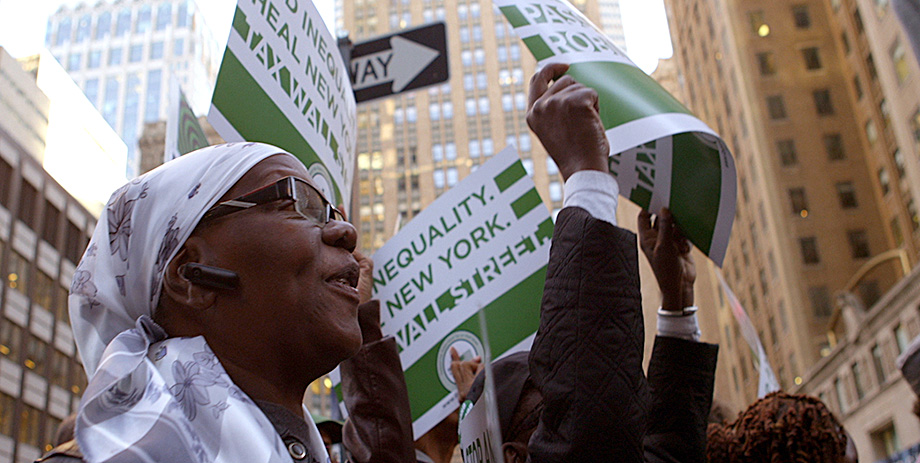 The Price We Pay

Smart, eye-opening and incendiary, The Price We Pay examines the timely issue of tax avoidance — specifically, the widespread use of tax havens by multinational corporations and the super-rich, allowing them to stash trillions of dollars offshore and deprive governments of hundreds of billions in corporate-tax revenue each year. This practice is (arguably) legal — but is it fair?

With meticulous research and remarkable breadth and depth, director Harold Crooks — whose previous collaborations on such key documentaries as The Corporation and Surviving Progress exposed the world of big-time corporate malfeasance — takes us on a fascinating journey as he analyzes the origins, damaging repercussions, and complex moral issues arising from corporate tax dodging. Tracing the increase in off-shoring of corporate assets to the City of London in the sixties, and charting its dramatic rise in the eighties during the Thatcher and Reagan administrations, Crooks follows the thread through to the present day, where tax avoidance has directly contributed to the dominance of the "one percent" and further deepened income disparity and wealth inequality.

Assembling interviews with leading economists and academics from around the world (including Thomas Piketty, author of The New York Times bestseller Capital in the Twenty-First Century) as well as defectors from the world of big finance, Crooks also makes powerful use of footage from government questioning of executives for companies involved in large-scale tax avoidance, such as Barclays, Amazon, and Google.

A vital exposé of the flagrant ethical bankruptcy endemic to modern capitalism, The Price We Pay is a compelling, coherent, and forceful call to action.