Director Mich'ael Zupraner explores his precarious position as an Israeli Jew living in the Palestinian city of Hebron in the West Bank. 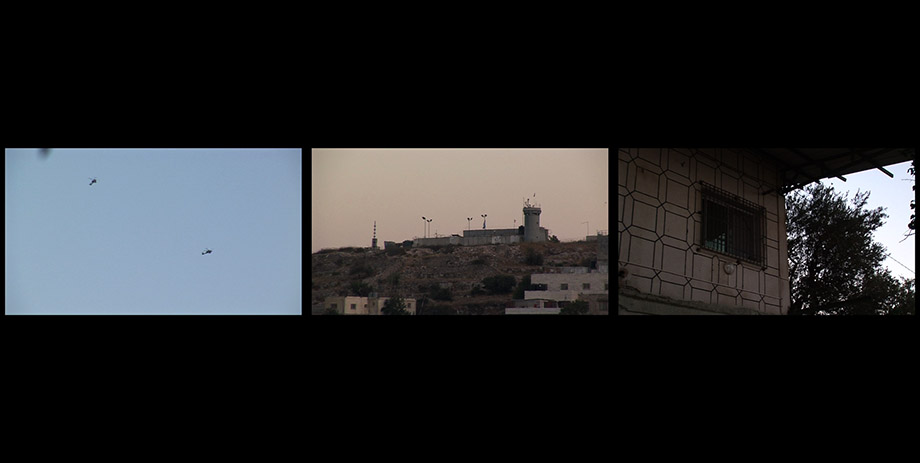 Beit Ha'Shoter (The Policeman's House) is provocatively constructed around Mich'ael Zupraner's precarious position as an Israeli Jew living in the Palestinian city of Hebron. The film shuffles three screens of video footage from Zupraner's personal home-movie archive, alternating a gaze looking out of and one looking into the house he co-shares and runs as an artist's centre open to all. In a continuous, ambivalent voice over, Zupraner relates a series of rumours, lies, and half-truths about his presence that circulate among his Arab and Jewish neighbours, reinforcing the multiplicity of his experience in a border zone between two communities in conflict.