Three orphaned siblings find themselves battling with a corrupt local police chief over ownership of their mother’s ancestral home, in this playfully stylized, deadpan-funny tragicomedy from Kazakh director Adilkhan Yerzhanov. 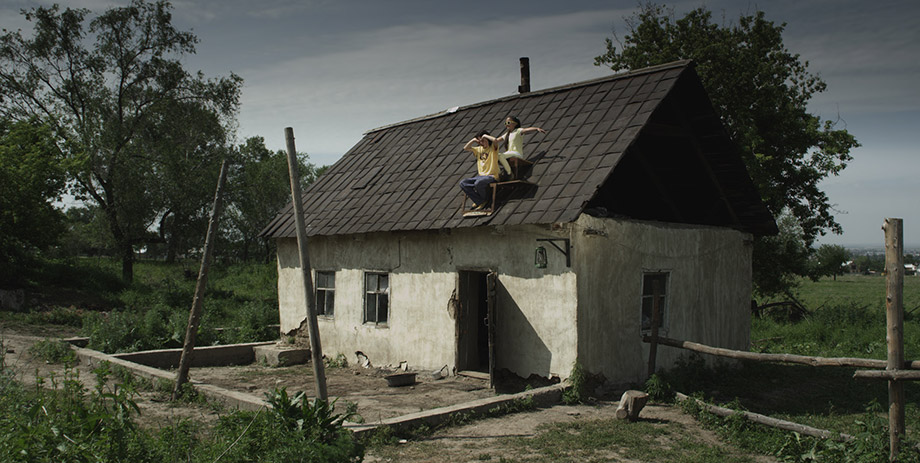 A child's hand-drawn family portrait introduces us to our three protagonists: little Aliya, her teenage brother Yerbol, and John, the elder brother and reluctant patriarch of the orphaned family. They hope to start a new life in the village house inherited from their mother, but they have barely settled in when they run afoul of the local police chief and his brother, Zhuba. Unwilling to relinquish his dubious ownership of their home, Zhuba wages a campaign of intimidation and violence to which his brother's ragtag police force turns a blind eye. When John lands in jail on trumped-up charges, Yerbol's demands for justice are rebuffed at every turn — not just by the duplicitous chief but also by the Kafkaesque regional ministry. Yet a ray of hope appears in the form of a local merchant girl, whose hillside cavern might provide Yerbol with the means to break out of this cycle of injustice.

From all this doom and gloom, Yerzhanov conjures a world of idiosyncratic characters and rich set pieces, shot through with saturated colours. The style might invite comparisons to Aki Kaurismäki and Wes Anderson, yet Yerzhanov reveals himself to be an original cinematic voice, painting life's cruelty in playful strokes and even letting his good-and-evil archetypes break into impromptu dance numbers. A mix of the comic and the grotesque, The Owners is an impressive development, for Yerzhanov as a filmmaker and for Kazakh cinema as a whole.