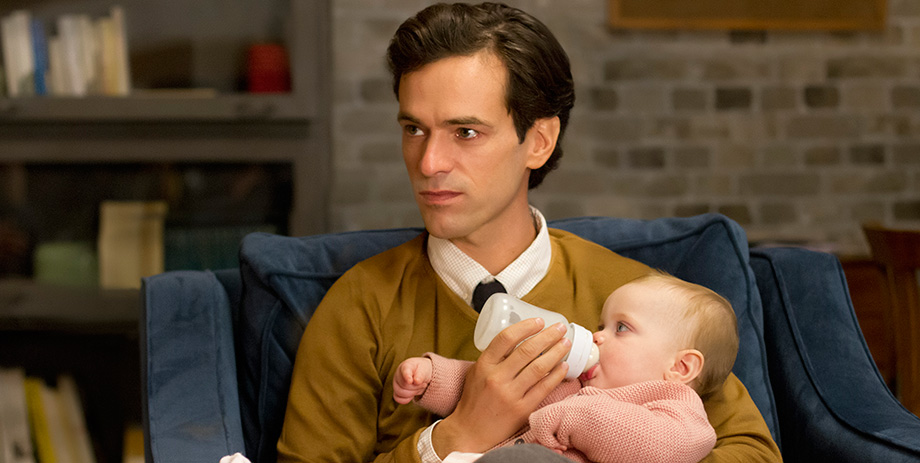 Like the wittiest dinner guest imaginable, François Ozon tells tales that sizzle. Lust, longing, and broken taboos fill his scenarios, all relayed with precision and style. Last year's Jeune & jolie (Young & Beautiful) provoked both pleasure and censure with its story of a wilful teen prostitute. In The New Girlfriend Ozon does it again, but with increased empathy.

Claire and Lea have been best friends since childhood; their lives intertwined. When Lea falls ill and dies, Claire reaches out to comfort Lea's husband, David. It's then that she discovers David's secret: he enjoys dressing as a woman.

From that simple, saucy premise, Ozon takes The New Girlfriend down an ever surprising path. Having lost her best friend, Claire begins a new relationship with David, who prefers to be called Virginia when he dons a blonde wig and his late wife's chic dresses. Their first trip to the mall together is a delight; yet emotion runs deeper as Claire helps Virginia navigate the complications of his neighbours, his young child, and Claire's own curious husband.

Playing a man who both desires women and is most comfortable in their traditional feminine armour, Romain Duris is outstanding. This is a delicious performance, as David luxuriates in the rituals of makeup and lingerie, and enjoys the sweet pain of waxing his lower back. Rising French star Anaïs Demoustier is a revelation as Claire, her face alive with both elation and confusion.

Ozon relates the story of Virginia and Claire in a brisk, masterful fashion, bringing dashes of Douglas Sirk and George Cukor to a twenty-first-century narrative. Having explored the performance of femininity in films from 8 Femmes to Jeune & jolie, he elevates that investigation to a new level. This is a film attuned to the nuances of LGBTQ identities, but pursuing above all an affair of the heart.