The intersecting destinies of three people — a Moroccan-Iraqi writer searching for his brother, the lover whom he left behind, and a young orphan on the run — create an incisive and unsettling portrait of a land riven by violence and fundamentalism. 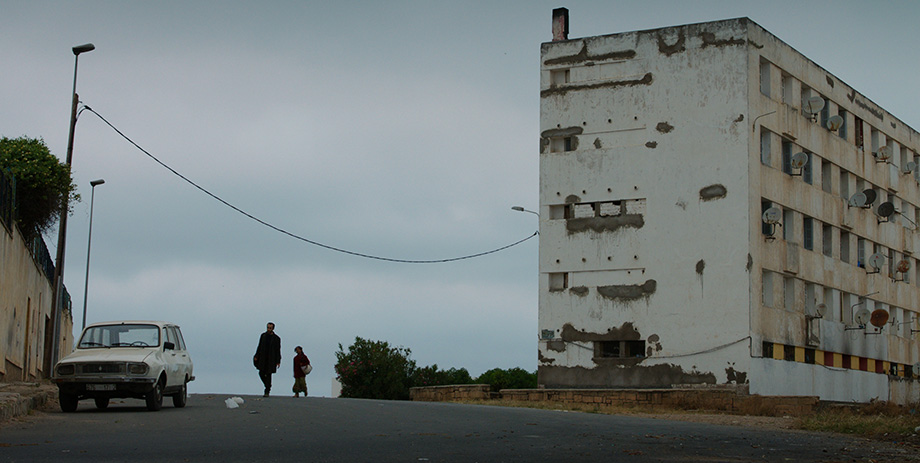 The Narrow Frame of Midnight

Following the interlacing destinies of three witnesses to a world eviscerated by fundamentalism and violence, Moroccan-Iraqi director Tala Hadid's brooding fiction-feature debut is an urgent, evocative mingling of reverie and nightmare.

Zacaria (Khalid Abdalla), a Moroccan-Iraqi writer, sets off on a journey to find his missing brother, hoping to rescue him from the sinister clutches of jihadism and also to redeem himself for having turned a blind eye to his brother's torture in the jails of the Moroccan secret police. Aïcha (Fadwa Boujouane), a young orphan sold to a petty criminal, escapes from captivity and sets out into the forest. Judith (Marie-Josée Croze), the lover Zacaria left behind, yearns to have a child. The respective quests of these characters intersect, giving them opportunities to rescue one another before continuing on to their unpredictable fates.

Lucid, incisive and unsettling, The Narrow Frame of Midnight exhibits a prodigious wisdom in its reflections on responsibility and restitution. In this social order that has come undone due to injustice and indifference, the world's blind cruelty is mitigated by acts of mercy and selfless kindness, yet the possibility of redemption remains uncertain. However, in Hadid's representation of childhood as something inviolable, something imbued with grace, there is hope: young Aïcha is both fearless and free, looking with unfailing optimism towards a potentially better world beyond the brutal one she knows.