Joshua Oppenheimer's follow-up to his extraordinary documentary The Act of Killing follows a family who, after viewing the previous film, discovered and confronted the former right-wing militiamen who murdered their son during Indonesia's anti-communist purges of the mid-1960s. 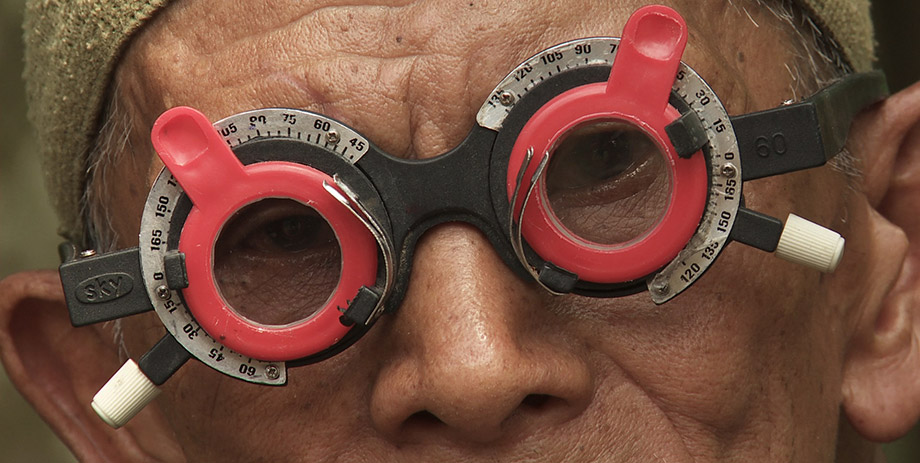 The Look of Silence

In his 2012 documentary The Act of Killing, Joshua Oppenheimer took a surreal look at Indonesia through the eyes of killers who participated in the mass murder of communists in the 1960s. The film won international acclaim for reopening a forgotten chapter of history and caused an unprecedented wave of national re-examination within Indonesia. Now Oppenheimer delves further into the country's dark legacy with The Look of Silence, this time focusing on the perspective of victims rather than victors.

The film's key figure is Adi, whose older brother was murdered five decades ago during the bloodletting. A village optometrist, Adi travels the back roads with his vision-testing refractor instrument. While conducting eye exams, he quizzes his patients about their memories of the violent era that most would prefer to forget. Then, through Oppenheimer's work with perpetrators, Adi discovers how his brother was murdered, and decides to confront each of his brother's killers — all of whom remain in positions of power and continue to harbour suspicions about communists. Adi manages these encounters with dignity, asking hard questions about how the killers live side by side with their victims' loved ones. It's a rare and courageous act, taking place in the absence of any definitive records or reconciliation process, and one to which Oppenheimer bears clear-eyed witness.

Oppenheimer also includes a Western view of the conflict, via archival footage from a 1965 NBC news report that downplays the violence and focuses instead on Indonesia's economic potential. The implications of this footage dovetail with the killers' justifications; as one of them says, "We did this because America taught us to hate communists." Living up to the high expectations set by Oppenheimer's previous film, The Look of Silence is a morally complex, exquisitely crafted work that promises to provoke far-reaching ripples of dialogue.