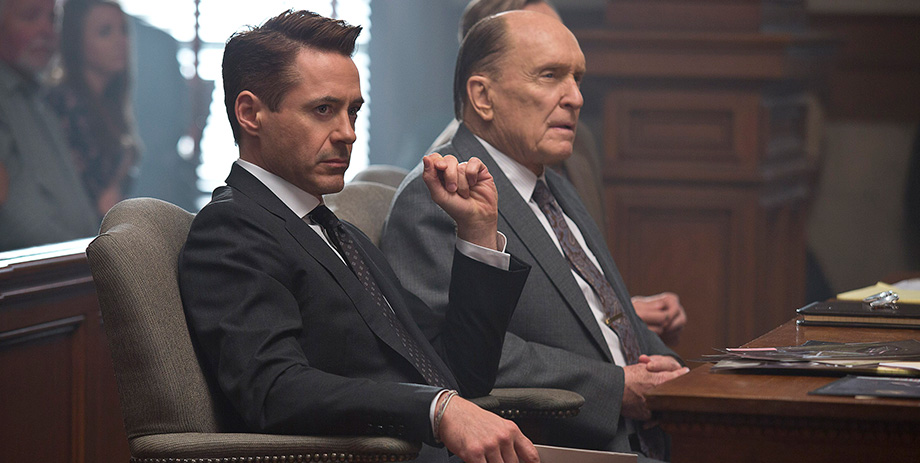 Robert Downey Jr. and Robert Duvall lead a cast of Hollywood heavyweights in this tough and rousing drama about the searing clashes that carve a rift between father and son — and the unexpected crisis that may just help to bridge it.

When slick Chicago defence attorney Hank Palmer (Downey) returns to his Indiana hometown to bury his mother, her passing proves only the precursor to greater upheaval. Hank's father, Judge Joseph Palmer (Duvall), stands accused of murder, alleged to have run down a former defendant whom he failed to convict, and who later committed a heinous crime. Despite their bitterly dysfunctional relationship, Hank agrees to take his father's case. But he is up against a formidable opponent in Dwight Dickham (Billy Bob Thornton), the local prosecutor who knows how to use Judge Palmer's reputation against him. The ensuing trial is an electrifying display of lawyerly ingenuity and familial tension.

Coming back down to earth after reaching the stratosphere as Iron Man, Downey retains the grace, charisma, and impeccable wit that made him such a singular star. Duvall — who will also grace our Mavericks stage for a conversation about his illustrious career — shows that his ability to find the cracks in even the most hardened characters remains peerless. And the outstanding supporting cast, including Vincent D'Onofrio and Academy Award nominee Vera Farmiga, helps to create a multi-faceted portrait of a world so different from the cosmopolitan milieu Hank normally calls home.

Directed by David Dobkin, whose breakthrough feature, Clay Pigeons, screened at the Festival in 1998, The Judge is much more than a courtroom procedural. It puts a lifetime of family grievances on trial, finding no one wholly innocent — and everyone worthy of a second chance.