An aged and addled actor (Al Pacino) has his world turned upside down after he embarks upon an affair with a much younger woman (Greta Gerwig), in this acidulous adaptation of the Philip Roth novel from director Barry Levinson (Rain Man, Bugsy, Wag the Dog). 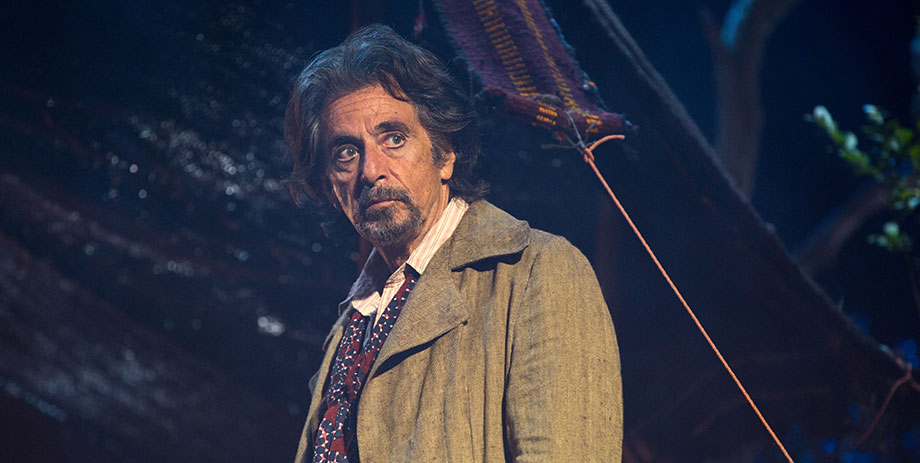 To devote one's life to acting is to live always in the space between reality and fiction. And as the life of Simon Axler (Al Pacino, also appearing at the Festival in Manglehorn) reaches its denouement, that space gets hazier with each passing day.

Once a universally acclaimed thespian, the now-sexagenarian Simon has fallen from grace — literally. After swan-diving into the orchestra pit in the middle of a performance, he slides into an intense depression, and quite possibly dementia, leading to a spell in a psychiatric facility. Upon his release he agrees to continue therapy and swears that he is giving up acting. But Simon is always acting, always rating his "performance" in the theatre of everyday life. It's only when he finds himself in an unlikely affair with the much younger Pegeen (Greta Gerwig), the daughter of some old friends — and until now a lesbian — that Simon seems to be back in the moment. Or is he? If all the world's a stage, then Simon seems to be losing his grip on who's playing which role.

Scripted by Buck Henry and Michal Zebede and helmed by Academy Award-winning director Barry Levinson, this mischievous, blackly comic adaptation of Philip Roth's 2009 novel of the same name keeps us continually guessing about what is really happening and what is only the product of Simon's fecund imagination. Perfectly cast, Pacino is sympathetic and frequently hilarious as our wounded, baffled, yet charismatic hero, and he's matched by a marvellous supporting cast that includes Dianne Wiest (as Pegeen's mortified mother), Charles Grodin, and Kyra Sedgwick. Despair and desire, sex and death, the ambivalence of youth and the vertigo of old age swirl throughout The Humbling as it approaches its final curtain — which, depending on how you look at it, is either our hero's last, crushing defeat or a sombre, sobering triumph.