Writer-director duo Simon Barrett and Adam Wingard (A Horrible Way to Die, You’re Next) serve up a slick, eighties-style action thriller with this story of a mysterious and devastatingly charming visitor (Downton Abbey’s Dan Stevens) who arrives at the home of a bereaved family claiming to be the best friend of their dead son. 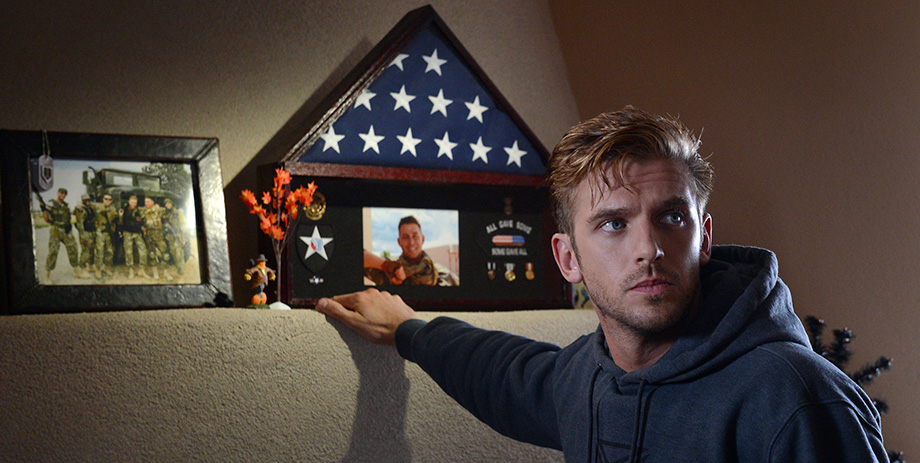 Writing-directing duo Simon Barrett and Adam Wingard first graced the Festival screen in 2010 with the lo-fi gem A Horrible Way to Die, a smart "mumblecore horror" exercise with a sharp script and plenty of directorial flair. Their 2011 follow-up, You're Next, proved that the team had the chops to deliver scares on a much bigger scale, and solidified Wingard's reputation as a genre director with a unique and quickly maturing voice. With their new film The Guest, Wingard and Barrett step up their game yet again, serving up a slick, eighties-style action thriller without resorting to parody or pastiche.

Shortly after soldier Caleb Peterson dies in Afghanistan, his army buddy David (Dan Stevens) arrives in New Mexico to deliver a farewell message to Caleb's family. The Petersons have never previously heard of the mysterious and devastatingly charming David, but they quickly warm to him — all, that is, except Caleb's sister Anna (Maika Monroe, who also stars in this year's Midnight Madness selection It Follows). Of course, it wouldn't be a Midnight Madness film if David were exactly who he appeared to be.

Impressive fight scenes, plentiful black humour, and an atmosphere thick with suspense are elevated further by standout performances from the whole cast, especially Stevens (who will be unrecognizable to Downton Abbey fans as the hunky, steely-eyed villain) and Monroe as a clever heroine who is every bit as resourceful as her adversary.

As the calculated and suspenseful slow-burn first act gives way to much delightful carnage, a synth-heavy soundtrack provides the film with an icy-cool vibe as it careens toward its visually impressive finale.