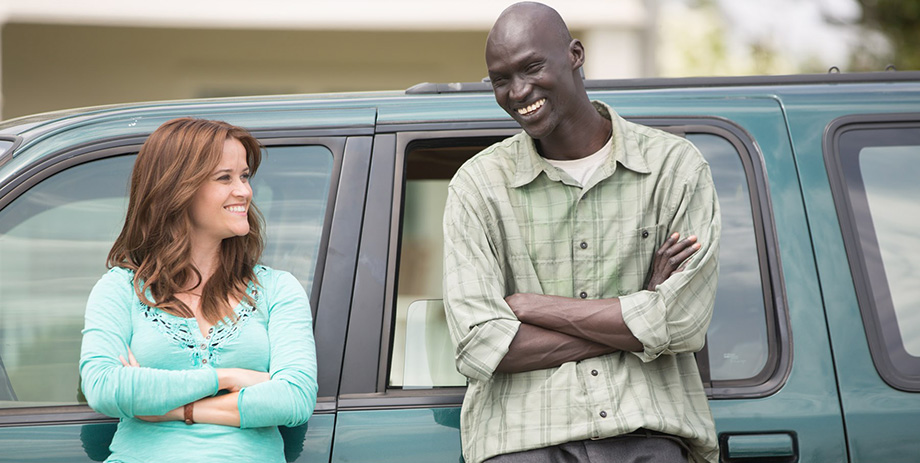 The story of Sudan's "Lost Boys" is one of the most compelling in the past century's ongoing struggle with migration. In his follow-up to the Academy Award-nominated Monsieur Lazhar, director Philippe Falardeau follows survivors of Sudan's civil war as they struggle to forge new lives in a strange land — so strange that it includes characters like Carrie Davis (Reese Witherspoon, who also stars at this year's Festival in Jean-Marc Vallee's Wild).

To the ordinary American, Carrie looks perfectly normal. Her personal life is a shambles but she's good at her job. She's not married, but she finds the company she needs when she needs it. She's practical. But to the three Sudanese men fresh off a plane from a refugee camp, she may be the strangest creature they've ever seen. She's also their best chance.

Young men Mamere (Arnold Oceng), Jeremiah (Ger Duany), and Paul (musician Emmanuel Jal) have survived terrible dangers. On arrival in America, they're separated from Mamere's sister Abital (Kuoth Wiel) due to a bureaucratic rule. At first Carrie wants to get them processed at the employment centre where she works, but the file on these Africans won't be so easily closed.

Jeremiah finds his faith and generosity challenged by the harsh realities of service work. Paul finds new temptations at his factory job. And Mamere never forgets the wound of losing his sister to regulations. As the remarkable Sudanese and typical American woman get to know each other, they find themselves opening up, becoming richer souls. With the help of a good friend (Corey Stoll), Carrie reaches beyond herself to become so much more than perfectly normal.