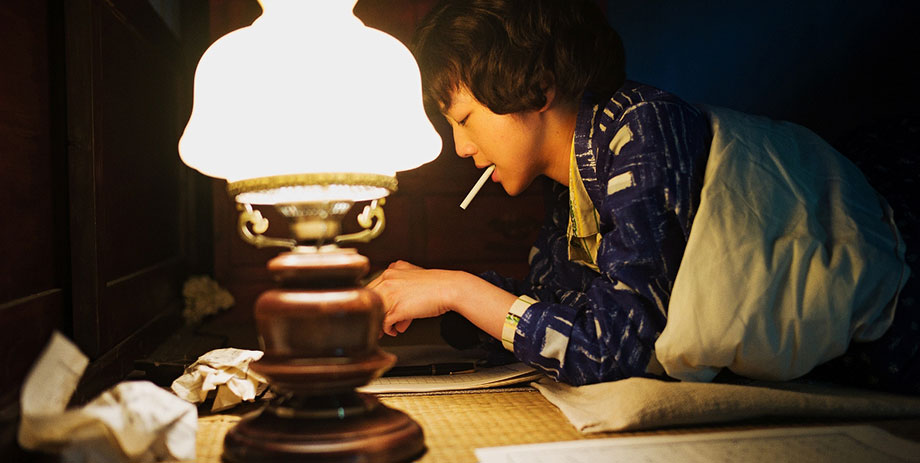 The prodigious output of Chinese essayist and novelist Xiao Hong, long overshadowed by the careers of more established male writers in her literary circle, has only recently been discovered. Anchored by Tang Wei's outstanding performance as the young writer, The Golden Era casts a new, much-needed light on the life and work of this extraordinary woman.

In early-1930s Manchuria, twenty-year-old Xiao Hong flees home to escape a despotic, abusive father and an arranged marriage. Independently minded, she sets out to forge a new life in the city of Harbin, unconstrained by the social mores of her times. Soon after, she is abandoned by her lover, left with an unwanted pregnancy and a crushing hotel room debt. When the hotel owner threatens to sell her to a brothel, she writes a last-ditch, near-random plea for help to the editors of the International Gazette. Xiao Jun (Feng Shao Feng), the handsome, hard-drinking young writer sent by the journal to respond to her request, is enthralled by the fascinating young lady and her free spirit. Their intellectual affinity instantly apparent, the two writers become partners in bold, progressive thinking. And so begins not just a one-of-a-kind relationship, but also Xiao Hong's life in letters; the following decade of personal and social upheaval will see her evolve into a brilliant, politically engaged author.

Directed with both authority and grace by Ann Hui, The Golden Era bridges the gaps between the known details of Xiao Hong's life — found scattered through various accounts — with episodes from her own writings. Telling the story of an exceptional life marked with tragedy and the signs of genius, Hui's film is a wondrous reflection of China's turbulent 1930s.