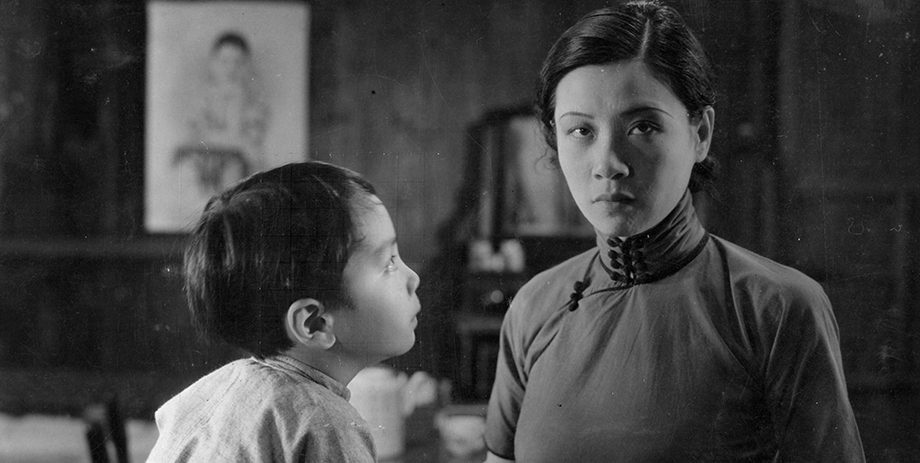 Restored by the China Film Archive from the only known surviving print, Wu Yonggang's The Goddess is a landmark of silent cinema — not least because it represents the apotheosis of screen legend Ruan Ling-yu, in her signature role as a devoted young mother who sells her body on the streets of Shanghai in order to provide for her infant son.

Ruan's unnamed young "goddess" (street slang for "prostitute") comes under the heel of a local thug, who sets himself up as her pimp and sponges off her earnings. Though she tries to escape him, he always tracks her down. Hoping that her son at least can be freed of the shame and condemnation that her profession has brought upon her from a prejudiced and narrow-minded society, she begins stashing money away to pay for his education. However, word soon gets around to the other children's parents, and despite an impassioned stand by the school's sympathetic principal, the boy is expelled. Heartbroken, our "goddess" is driven to the edge of desperation — and when her pimp finds and steals her hidden cache of cash, she exacts a terrible and tragic vengeance.

A compelling, politically astute melodrama that refreshingly regards prostitution as a social problem rather than an individual failing, The Goddess is ahead of its time in its treatment of issues of class, gender inequality, and social justice. But the film's core, of course, is Ruan and her breathtakingly beautiful performance, a single skyward glance conveying more anguish and heartache than words could ever capture. In a tragic mirror of the way her character is victimized by gossip, Ruan committed suicide a year after the film's release due to the shameful defamation by the tabloid press of her private life, which makes this gorgeous restoration of her greatest film all the more poignant.

Special thanks to the China Film Archive.