Two decades after forging an unlikely alliance in Pol Pot’s Cambodia, a French ethnologist and a former Khmer Rouge official meet again after the latter is arrested for crimes against humanity, in this searing drama from top French director Régis Wargnier (Indochine, East/West). 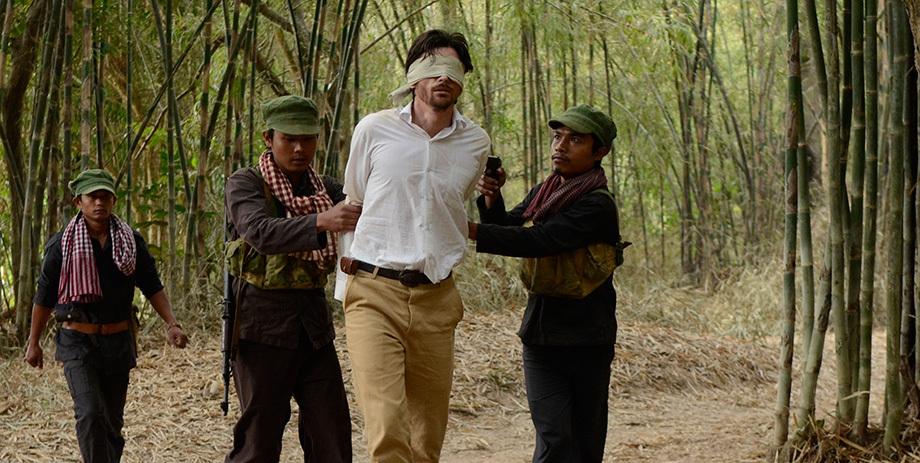 Twenty-one years after winning the Oscar for Best Foreign Language Film with Indochine, a film set in the French colony of Indochina, Régis Wargnier returns to the region for his new film, Le temps des aveux. The focus this time is not Vietnam but Cambodia, and the infamous era of the Khmer Rouge, which ripped the country apart in the 1970s and resulted in the deaths of millions.

The film starts intriguingly, as its protagonist confesses that he owes his life to a man who killed hundreds of others. What follows is the true story of Francois Bizot, a French archeologist and Buddhism expert restoring gems from the Angkor Wat temple complex. With the Vietnam War raging across the border, Bizot (Raphaël Personnaz) suddenly finds himself fighting for his life when the Khmer Rouge rise up against the US-controlled Cambodian government.

Arrested for espionage, the Frenchman is cast into a vortex of forced confessions, torture, and interrogations, all the while trying to protect his Cambodian wife and daughter. Bizot's fate lies in the hands of a single-minded young zealot utterly committed to the Khmer Rouge cause. Duch (Phoeung Kompheak) rides roughshod over all obstacles, determined to root out all enemies of the Party. In his eyes, every foreigner is a potential spy.

Wargnier's film is shot entirely on location, adding great realism to this haunting story of death and genocide. Harrowing is one word to describe Bizot's strange voyage of survival as he desperately tries to navigate the chaos of the civil war.

Using a cast made up almost entirely of local non-professionals, including Phoeung, who dazzles in the role of Duch, Le temps des aveux takes us into the dilemmas of an ordinary man caught up in extraordinary events.