Released from prison so that he can spend time with his dying son (Tye Sheridan, Mud), an expert art forger (John Travolta) is coerced into participating in a major museum heist, in this dramatic thriller co-starring Christopher Plummer, Abigail Spencer and Jennifer Ehle. 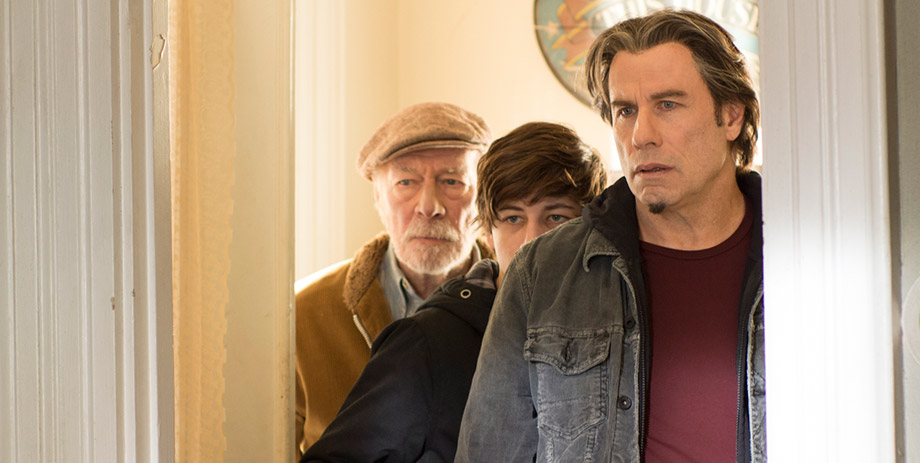 A suspenseful and moving thriller, The Forger switches seamlessly from bracing violence and criminal hijinks to scenes of painstaking familial reparations. It is also a showcase for the singular talents of John Travolta, who turns in an affecting performance as a man who has spent his life applying his artistic gifts in all the wrong ways.

Knowing that his teenage son Will (Tye Sheridan) has stage IV cancer, Ray Cutter (Travolta) manages to get out of prison nine months ahead of schedule. The hitch is that, while Ray wants to go straight, the shady character who made Ray's early release possible expects him to pull off a heist as payment. The job involves snatching Monet's Woman with Parasol from the museum where it's on display and replacing it with a replica so perfect that no one will notice. A master thief and a world-class art forger, Ray is literally the only man for the job — and in any case has no choice. But can he perform this high-stakes robbery while also trying to fulfill his dying son's wishes?

With a dynamite supporting cast that includes Christopher Plummer as Ray's spry, ornery dad, and Abigail Spencer as the undercover agent tracking Ray's every move, The Forger boasts both compelling characters and inventive set pieces.

At the core of the film is the relationship between Ray and Will, and the chemistry between Travolta and Sheridan (Mud, Joe) makes for heart-rending scenes. Ray cannot forestall the tragedy soon to visit his family, but he can work magic with brushes, brains, and fists to ensure that what time he and Will have left is spent making a dream come true.