A devoted elderly couple living in a Jerusalem retirement home is faced with a pair of devastating challenges that threaten to divide them after decades of marriage. 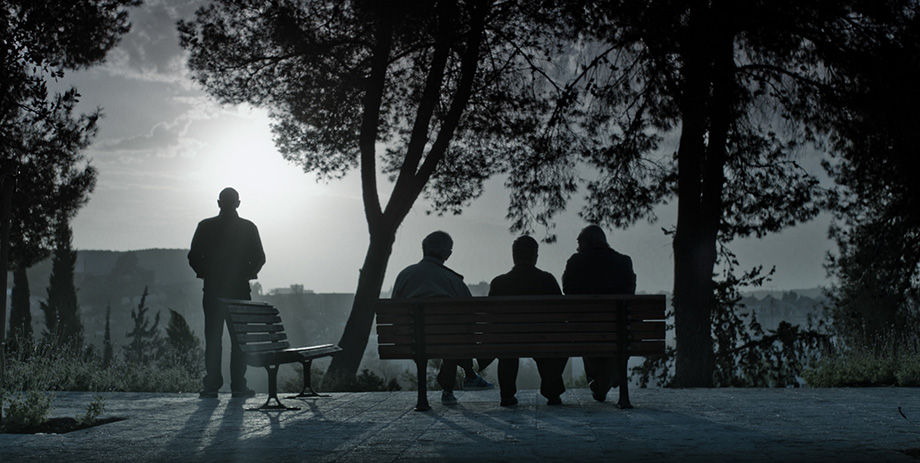 Levana (Levana Finkelstein) and Yehezkel (Ze'ev Revach), a septuagenarian married couple, reside in a Jerusalem retirement home. Levana loves cooking; Yehezkel enjoys nothing more than tinkering with his inventions. Above all, they love being together — but a pair of devastating challenges suddenly threatens to divide them.

A dear friend is dying of a terrible illness, and the hospital wants to prolong his life against his wishes. Seeking to give his friend control over his own existence, Yehezkel constructs a device that allows the user to choose whether or not to administer themselves with a painless, fatal dose of drugs. Once word gets around, others begin requesting Yehezkel's services — but while it's one thing to assist in the suicide of a lifelong pal, can Yehezkel extend this illegal and ethically complicated service to strangers? Levana, for her part, is uneasy with the whole enterprise, and keeps casually referring to her husband as a murderer. She is also slipping into dementia, something Yehezkel can't bring himself to accept — especially if it means placing Levana in a care centre, where she will fade away without him by her side.

Euthanasia has been examined in films from Dark Victory to Harold and Maude to Amour, but this still-controversial subject has never been treated with quite the delicate touch it receives here. Though the themes of The Farewell Party are grave, the film's tone is warm, wise, and even darkly humorous — in such episodes as a homosexual affair that is (literally) kept in the closet, or a widow who exploits her own grief in order to get out of a speeding ticket. This is a film about real life, which even at its most harrowingly difficult can still leave room for mischief, love, and laughter.