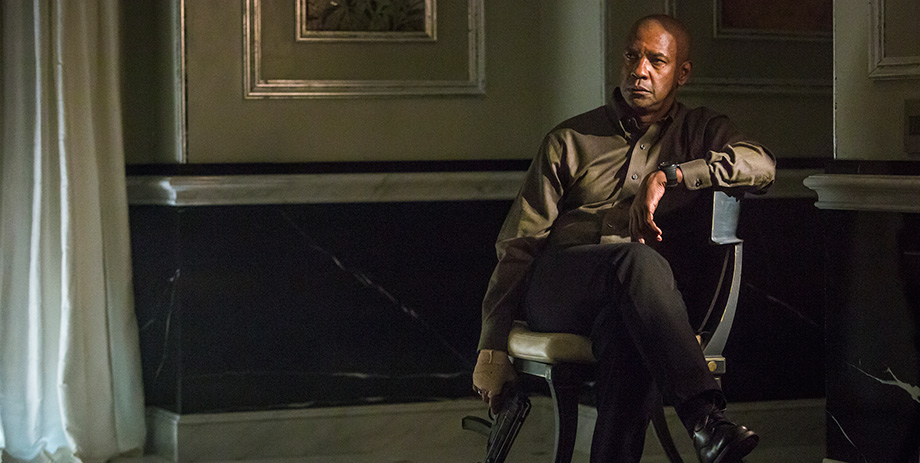 Robert McCall is deadly, but doesn't look it. As played by Denzel Washington, he is quiet, reserved, and methodical. He sits at the same table in the same diner for his meals each day. He lines up his cutlery just so. He tries not to talk to strangers. But there's something about Elina (Chloë Grace Moretz, also appearing at the Festival in Clouds of Sils Maria and Laggies) that breaks through Bob's barriers. She crashes into his diner in a clearly desperate state. She works as an escort, in thrall to a Russian crime gang not known for their gentle ways. As Bob's protective impulse begins to extend to the ragged, volatile Elina, it's only a matter of time before he puts his lethal skills to use. Because Bob is The Equalizer.

Adapting the popular 1980s television series that starred Edward Woodward, director Antoine Fuqua pushes The Equalizer into its natural territory: dark, satisfying vengeance. There are scenes of arresting violence here, with the element of revenge fantasy that powers so much of our twenty-first-century entertainment. Bob is a product of his time.

The team of Washington and Fuqua elevates this story to pop-mythic dimensions. They last worked together on Training Day, which premiered at the Festival in 2001, and here Fuqua once again finds the best frame for Washington's ability to convey coiled threat. Is there another star who can communicate so much with one word? With just a glance? With the rhythm of his walk?

Even better, Fuqua gives Washington's Equalizer a worthy adversary in Teddy, the Russian mob boss played with iron ruthlessness by Marton Csokas. As it builds to its set-piece climax, this lean, stylish movie offers all the pleasure of both an allegory and a very juicy thriller.