A Brooklyn bartender finds himself caught between the cops and a crew of Chechen mobsters, in this gritty crime drama starring Tom Hardy, Matthias Schoenaerts (Rust & Bone), Noomi Rapace and the late, great James Gandolfini. 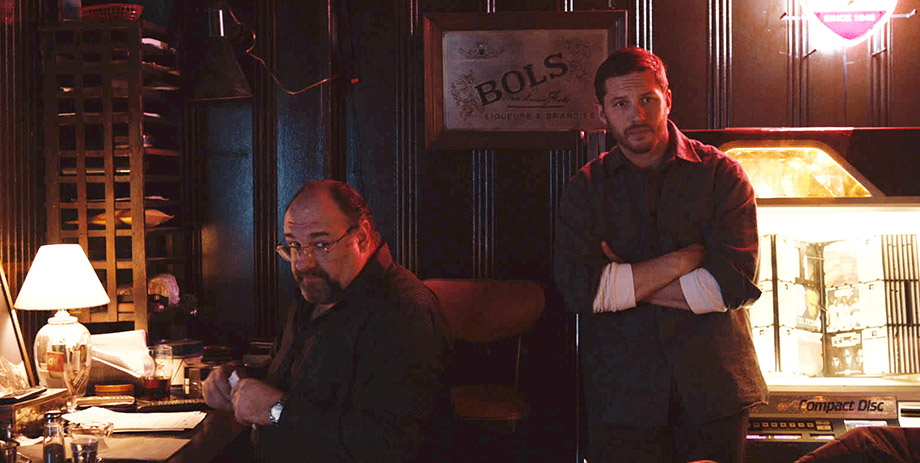 Tom Hardy delivers his most accomplished performance to date in the English-language debut from acclaimed Belgian director Michaël R. Roskam (Bullhead). Hardy is Bob Saginowski, a Brooklyn bartender who's as big-hearted as he is streetwise. The bar is Cousin Marv's, a neighbourhood watering hole that doubles as a drop bar — a place for its owners, some local Chechen gangsters, to launder money.

Bob and Marv walk a thin line between regular life and the underworld — especially Marv (James Gandolfini), a former crime boss now in the pocket of a new and much crueller operation. When the drop is stolen in a holdup, they must weigh the threat of the Chechens against that of a sharp and curious cop (John Ortiz). Bob's life is further complicated by a chance meeting with a local woman, Nadia (Noomi Rapace), and it isn't long before his own past returns to haunt him.

Using grey, misty hues and a foreboding atmosphere, Roskam sets a nuanced character study in a world of moral ambiguity. Hardy comprises its centre in a typically heavyweight — if deceptively slow-building — turn, surrounded by a splendid international cast including Rapace (The Girl with the Dragon Tattoo), Belgian (and soon-to-be Hollywood) star Matthias Schoenaerts (Bullhead, Rust and Bone), and Gandolfini in his riveting final performance. Roskam lends a distinctly European sensibility to The Drop's very American milieu, allowing the film to move naturally toward a gripping conclusion that will leave hearts racing and minds wondering: just which of these animals truly needs rescuing?