A former speed-chess champion struggling with bipolar disorder (Cliff Curtis) takes over as coach of a chess team for at-risk youth, in the inspirational true story of New Zealand chess legend Genesis Potini. 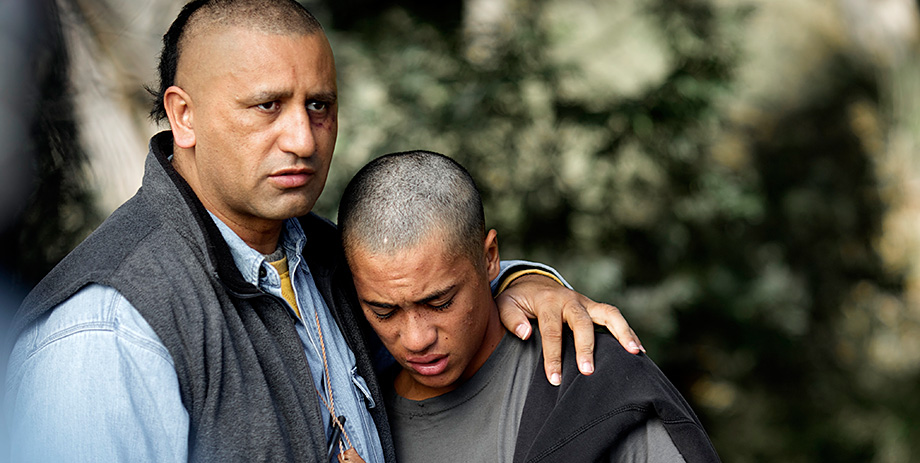 We first meet Genesis Potini (Cliff Curtis) as he wanders down a street in Gisbourne, New Zealand, in the pouring rain. Muttering, eyes closed, his corpulent body draped in a multicoloured quilt, he could be taken for a mystic; in fact, he has just been released from the latest in a long line of psychiatric institutions, where the one-time speed-chess champion has spent years struggling with severe bipolar disorder.

As director James Napier Robertson's engrossing biopic opens, Gen is working to forge a new life after reconnecting with his brother Ariki, who is immersed in gang life, and Ariki's adolescent son Mana (James Rolleston, also appearing at the Festival in The Dead Lands), who seems destined to wind up trapped in the same criminal milieu. When Gen breaks away from the gang house and convinces the Eastern Knights, a chess club for at-risk youth, to take him on as a coach, he defies Ariki's wishes by bringing Mana along. What transpires is a battle — for Mana's future and well-being, for the dreams of the club's kids, and for Gen's brilliant, fraught psyche.

While this tough, exhilarating film is based on truth, its story possesses the archetypal power of myth. Giving the performance of his career, Curtis (barely recognizable from such films as The Fountain and Live Free or Die Hard) brilliantly articulates Gen's Atlas-like strain, the terrible weight of a tortured mind pressing down upon his colossal frame. Though the real Potini died in 2011, The Dark Horse is a fitting tribute to his tumultuous yet triumphant story, encouraging all of us to think twice about what we are capable of accomplishing, regardless of our personal barriers.