A painstaking restoration of Sergei Parajanov's 1968 masterpiece, a highly unconventional biopic of the 19th-century Armenian poet Sayat Nova recounted in a succession of opulently exotic tableaux. 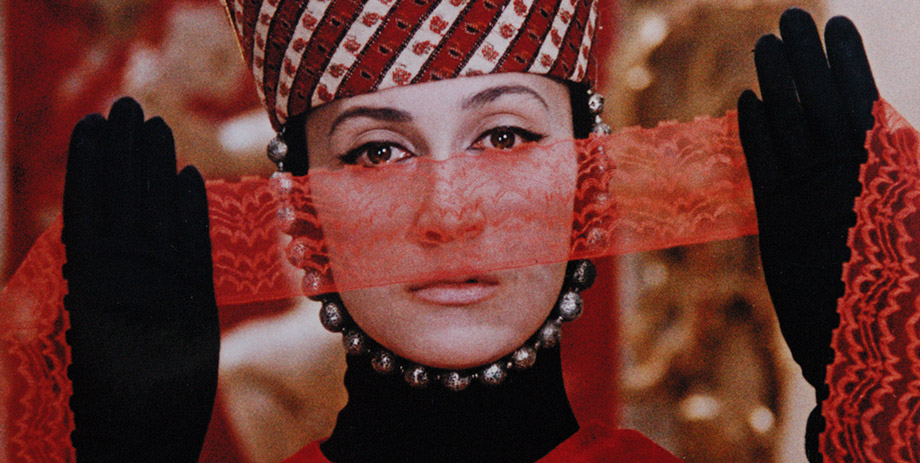 The Color of Pomegranates

"Watching Sergei Parajanov's The Color of Pomegranates, or Sayat Nova, is like opening a door and walking into another dimension, where time has stopped and beauty has been unleashed. On a very basic level, it's a biography of the Armenian poet Sayat Nova, but before all else it's a cinematic experience, and you come away remembering images, repeated expressive movements, costumes, objects, compositions, colours." —Martin Scorsese

With Sergei Parajanov's death in 1990, cinema lost one of its last true poets. Despite persistent persecution and long-term imprisonment in the Soviet gulag, Parajanov made several films unparalleled for their hermetic beauty and formal innovation. Soon after completing Sayat Nova — a visually dazzling biography of the eponymous eighteenth-century Armenian poet and musician related through a succession of opulently exotic tableaux, hieratic as Byzantine icons one moment, fleshily sensual the next — Parajanov was imprisoned for "trafficking in art objects and currency, spreading venereal disease, incitement to suicide, homosexuality and anti-Soviet agitation," and spent much of the subsequent decade in and out of jail, during which time his devotion to art and the making of beauty remained undiminished.

The Film Foundation's painstaking restoration of the original Armenian version of Sayat Nova — a cinematic Holy Grail — represents "the closest thing we have to Parajanov's eccentric, at times bawdy, yet profound vision for the film," according to scholar James Steffen. Bursting with enough pomegranates to stain the heavens, Sayat Nova is a stunning conflation of the medieval and modernist, of pagan and Christian influences, inhabiting the unlikely frontier between Soviet silent cinema and the outré artistry of such figures as Jack Smith and James Lee Byars.

Restored in 2014 by The Film Foundation’s World Cinema Project at Cineteca di Bologna/L’Immagine Ritrovata in association with the National Film Centre of Armenia and Gosfilmofond of Russia. Restoration funding provided by the Material World Charitable Foundation and The Film Foundation.