A lonely NYC shoe repairman (Adam Sandler) discovers a magical heirloom that allows him to "walk in another man’s shoes," in this charming fantasy co-starring Dustin Hoffman, Steve Buscemi and Ellen Barkin. 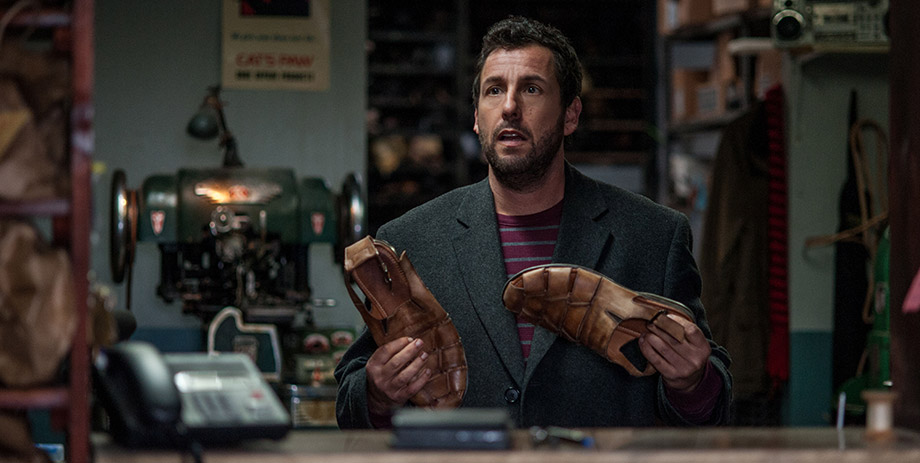 The saying "you can't know a man until you've walked a mile in his shoes" takes on miraculous new meaning for a solitary craftsman in The Cobbler, a modern-day fairy tale from acclaimed writer-director Thomas McCarthy.

Following in his father's and grandfather's footsteps, Max (Adam Sandler, also appearing at the Festival in Men, Women & Children) runs a charming if rundown shoe repair shop on the Lower East Side of New York City. Happy being his own boss, Max nonetheless feels mired in his daily routine and yearns for something (or perhaps someone) he can't name. One day, in the shop's dusty basement, he stumbles across a forgotten family heirloom with magical powers that allow him to literally step into the lives of his customers.

Energized by the private thrill of slipping on different footwear and becoming transformed into its owner, Max soon recognizes that he has the power to mend more than shoes. But it's another pair of shoes — and their nefarious owner — that steer Max into a life-and-death situation that he may not be able to walk away from.

As in his previous Festival selections The Station Agent and The Visitor, McCarthy centres his story on an isolated man drawn by circumstance into the lives of others. Working with a stellar cast that includes Dustin Hoffman, Ellen Barkin, Dan Stevens, Method Man, and Steve Buscemi, McCarthy has created a contemporary fable that allows us all to see the world in a new way.