Martin Scorsese co-directs this documentary tribute to the New York Review of Books, whose six-decade history saw it frequently on the frontlines of cultural and political debate. 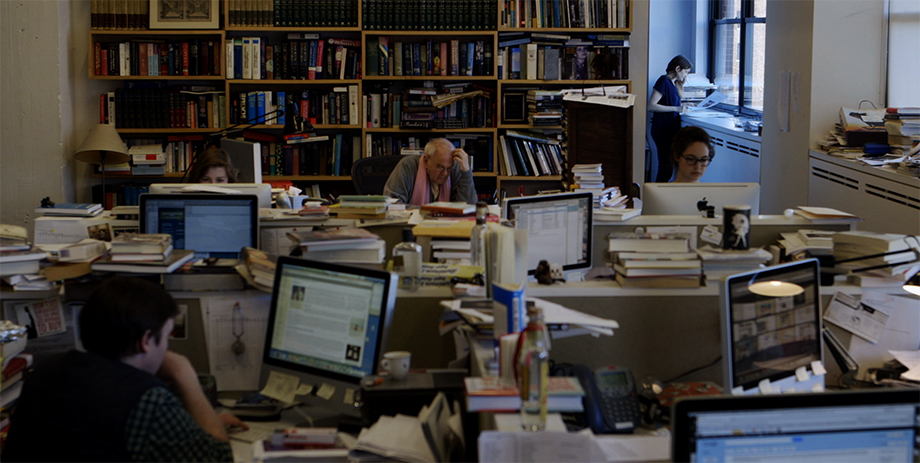 Founded in 1963, The New York Review of Books is a sanctuary for writers and a beacon for readers, covering the world of ideas and stirring whirlwinds of debate. Among its devoted readers is Martin Scorsese, who took an interest in its very first year. Now he teams with David Tedeschi (editor on Scorsese's Rolling Stones documentary Shine a Light) to direct The 50 Year Argument. Scorsese and Tedeschi's new documentary pays tribute to the publication's fifty-year history, featuring a wide array of interviews with the magazine's international contributors, all of whom exemplify the power of language to provoke, illuminate and effect change.

The world of New York intellectuals has often been memorialized in books, but rarely on film. For anyone who's followed the Review's bylines, it's a pleasure to encounter its roster as a bevy of onscreen personalities: Colm Tóibín, Ian Buruma, Joan Didion, Darryl Pinckney, Yasmine El Rashidi, Zoë Heller, Michael Chabon, and others. And for the uninitiated, the film opens a rewarding door.

At a time when print publications have endured drastic decline, it's heartening to spend time among the staff as they put out a fortnightly magazine and extend their mission on the internet. Sitting at the helm is Bob Silvers, who has edited the magazine for its entire history, having done so alongside Barbara Epstein until her death in 2006. In scenes observing Silvers at work, we witness his command over details of literature, politics, history, art, and more, as he matches topics to writers and shepherds their pieces to completion.

In this Mavericks presentation, the screening of the film will be followed by a conversation with director David Tedeschi, Bob Silvers, and other special guests from the production, to be announced.