High schooler Neil (Jesse Carere, Skins) has even more reason to pop his cherry when he discovers that his stuffy, Satan-worshipping parents are planning to use him as a virgin sacrifice, in this wild comedy from writer-director Blaine Thurier (Low Self-esteem Girl). 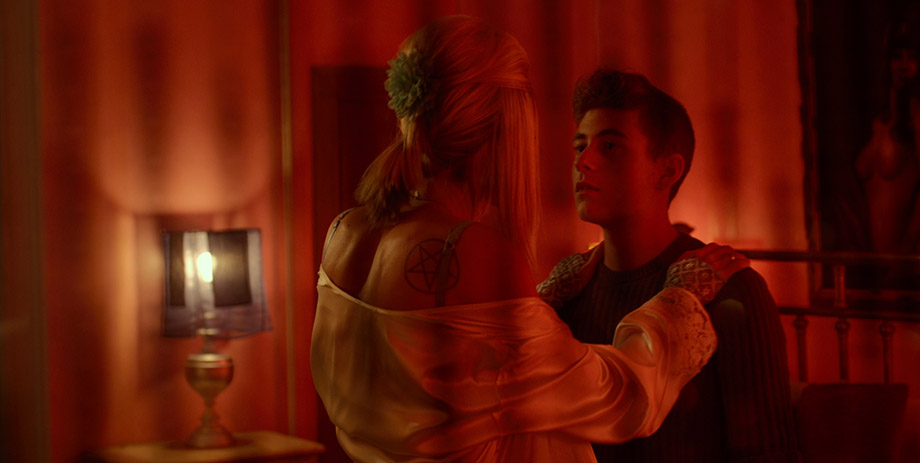 In his previous features Low Self-Esteem Girl, Male Fantasy and A Gun to the Head, Blaine Thurier chronicled the comically tortured travails of fringe-dwelling bohemians trying to keep the straight world at arm's length. In his latest, Thurier shifts focus to adolescents anxious to enter the adult world — an anxiety exacerbated for the film's hero Neil (Jesse Carere) when he finds out that his Satanist parents have promised him as a human sacrifice. There's only one escape: the sacrifice to Mammon must be a virgin, so if Neil can lose his before sunrise he can avert his fate.

Chasing after Neil as he frantically criss-crosses Winnipeg trying to evade capture and pop his cherry with the first willing partner he can find, the film paints every authority figure — from Neil's prudish parents (who fret over their social standing in a church devoted to the Dark Lord) to the police chief to the heads of the Satanist cult and the employees of the local cathouse — as major buzz-killers who all conspire to foil our hero's desperate quest.

With equal parts wit and outrageousness, Teen Lust upends the conventions of the teen sex comedy by dropping them, virtually unchanged, into a bizarre alternate reality where preventing sexual activity is tantamount to a homicide.