Three parallel love stories set in three different cities are set against some of the major international events of the last five years, in this ambitious, globe-spanning feature debut from director Rooth Tang. 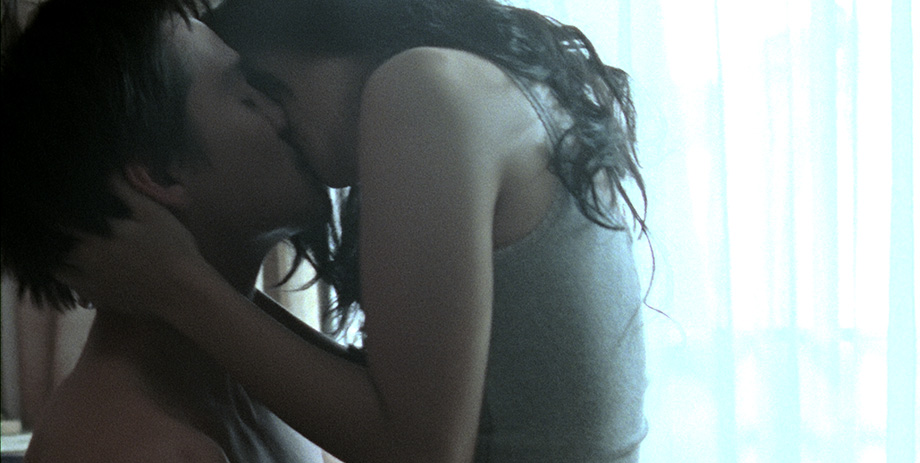 Three cities, three couples, three intriguing visions of love and our struggle to communicate in the contemporary world — Rooth Tang's feature debut Sway is a globe-spanning narrative latticework that places private experience on the same scale as broadcast news.

In Paris, a Hong Kong translator slips ever deeper into an uncertain relationship with a journalist who used to be a famous television actress in China. In Bangkok, a well-travelled and ambitious young man dreams of starting his own business, while his girlfriend, who has never left the city, discovers that she's pregnant. In Los Angeles, the Caucasian second wife of a Japanese businessman fears for the future of her relationship as she senses her teenage stepdaughter's growing animosity. Sway places these tales of people searching for intimacy and understanding against concurrent high-profile world events such as the re-election of Barack Obama, violent protests in Bangkok, and France's intervention in Mali. The result is a compelling inversion of the micro and the macro: sometimes the world can be so small, while the space between two lovers is all but unbridgeable.

Sumptuously photographed on 16mm (which Tang brilliantly uses to bring out the rich hues unique to each of his locations), Sway is alluringly fluid, its discrete elements flowing together into a single, powerful current. A knowing glance following an embarrassing faux pas; a dinner date turned sour by tensions too heated to be addressed; a spell of post-coital reverie — Tang, who has extensive prior experience as an editor, weaves these small moments into a seamless, majestic tapestry, creating a film of uncommon emotional richness that will not soon be forgotten.