A heart-racing documentary portrait of Carl Boenish, "the father of BASE jumping," whose early passion for skydiving led him to ever more spectacular — and dangerous — feats of foot-launched human flight. 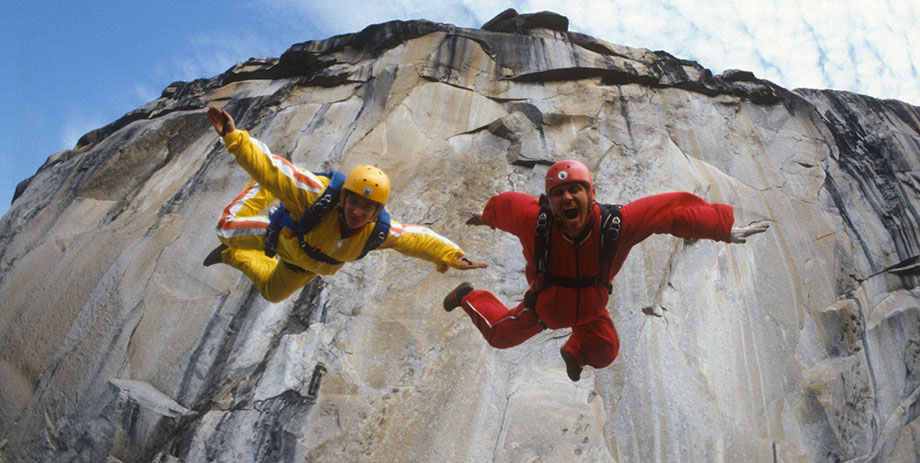 Carl Boenish was possessed of an infectious — some would say "crazy" — enthusiasm that drove him to realize his dream of foot-launched human flight. His journey was filled with incredible achievements and daunting setbacks, with the distinct possibility of death at every turn. Known as "the father of BASE jumping," he documented his feats obsessively on 16mm colour film and audiotape. In her impressive debut, Sunshine Superman, director Marah Strauch incorporates this jaw-dropping footage into a complex portrait of Boenish as lovable, rebellious, nerve-wracking, and mysterious. His story takes on a perpetual feeling of awe and wonder through candid interviews with friends, family, and law enforcement adversaries alike.

"There's no future in growing up," Boenish once said. He gave up a career in electrical engineering to pursue his passion for skydiving as a cameraman on John Frankenheimer's 1969 film The Gypsy Moths. He continually honed the craft of filming free falls, seen here in sequences that will leave your heart racing. His breakthrough was a meticulously planned 1978 jump off the 900-metre-high granite summit of El Capitan in California's Yosemite Valley. That led to a series of ever-escalating challenges that included towers and skyscrapers. Boenish coined the term BASE as an acronym for building, antenna, span, earth. He found a soul mate in his wife, Jean, who became his partner in jumping and filming.

The dangerous side of Boenish's pursuit is never glossed over. When a tragedy occurs, Strauch displays exemplary storytelling skills at processing it through multiple perspectives. Emotionally the film allows us to soar in the air without ignoring a gravitational pull. For Boenish, jumping was about more than just an adrenaline rush; it was a search for meaning that's exemplified by this film.