Before Sunrise gets a supernatural twist in this tale of an American backpacker in Italy who falls in love with a beautiful young woman harbouring a dark, primordial secret. 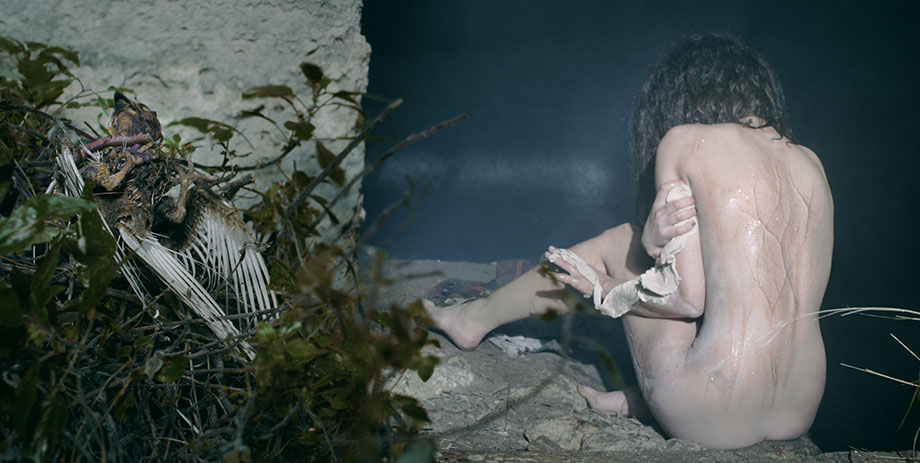 When his ailing mother dies, Evan (Lou Taylor Pucci, of the recent Evil Dead) realizes his life isn't going anywhere. Grabbing his last paycheque, he decides to go on the European graduation trip that he never got a chance to take. Picking a destination at random, he arrives in Italy, where he backpacks and parties with other tourists. But everything changes for Evan when he arrives in an idyllic southern town and meets the enchanting Louise (German actress Nadia Hilker). A tender romance begins to bloom between the two — but Louise harbours a dark, primordial secret that could destroy the happiness they're just beginning to build.

Directors Justin Benson and Aaron Moorhead first wowed the genre world with the ultra-low-budget Resolution, a tense and funny outing that provided genuine chills within its meta-narrative meditation on horror films. With their second feature, Benson and Moorhead develop their filmmaking muscles further, creating a truly beautiful, genre-defying romance — Before Sunrise with a supernatural twist. The spark between the initially reticent Evan and the charismatic and worldly Louise feels genuine, and when the film veers into more phantasmagorical territory, the story's original and surprising mythology feels as real and honest as any of the gentler, romantic moments.

Filled with infectious banter and stunning location photography, Spring is an expertly crafted supernatural romance with both heart and edge, and it positions Benson and Moorhead as filmmakers to watch.